I often get asked how I came to be making jewellery out of felt as it's a bit distant from the scarves and handbags I started out making. 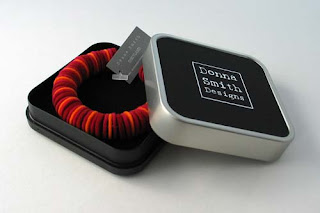 It all came about when I took part in a project looking at the Gunnister Man.  In 1951, 2 men cutting peats in Shetland, beside the road at Gunnister, came across the remains of what is now named as the Gunnister Man.  The find consisted of some clothes and a few belongings which is dated back to the early 18th century.  The pieces were sent to the National Museum in Edinburgh but last year were borrowed back by the Shetland Museum.  Shetland Arts asked a few local people working in crafts to create work in response to the artifacts.  The project was coordinated by textile artist Deirdre Nelson. 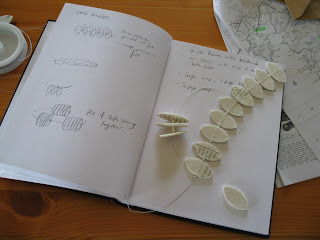 We met regularly and had fasinating discussions on who we thought this man might have been, where he was going, and what happened to him. 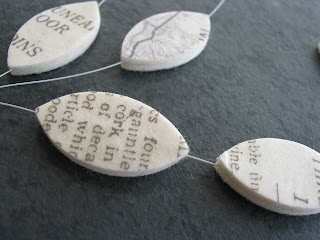 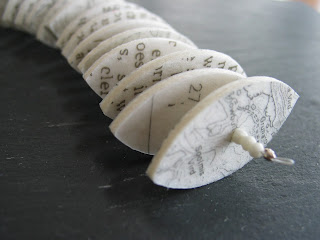 I printed a map on one side of the felt and a copy of one of the original newspaper articles was printed onto the other side.  The felt "beads" were spaced using beads made from bone. 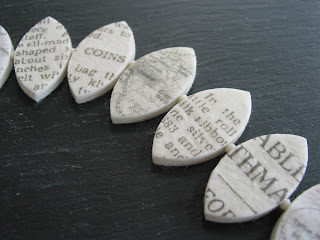 The finished pieces from the project are on display in the Shetland Museum.  I often wonder what the Gunnister Man would have thought if he had known he would make such an impact on the contemporary craft scene in Shetland! 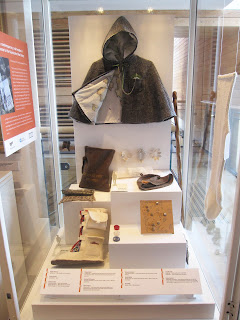