The Baa-ble hat pattern features a pom pom (optional of course!) but sometimes they can be quite tedious to make.  I noticed on Pinterest and a post from Ysolda Teague a while ago a technique to make pom pom without having to thread the yarn through the hole, eliminating the need to switch to using a needle at the last bit which can be quite fiddly.

Draw two circles with circles inside onto card - for the the Baa-ble hat pom pom the outer circle should be 7cm diameter and the inner circle should be 2.5cm diamater.  I used a compass but you could draw around objects that are more or less those sizes.  I used the box from cat food pouches but a thinner card (from a birthday card) is a bit easier, I found the thicker layers of card got in the way a bit when cutting the pom pom. 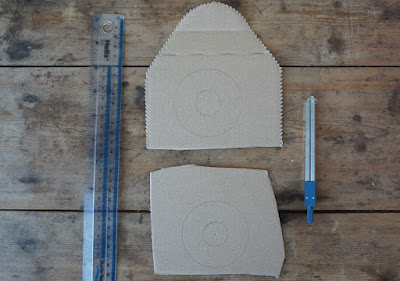 Cut them out - but instead of leaving them as a complete circle cut a section out of it about one fifth of the circumference.  Think about taking a slice out of a donut! 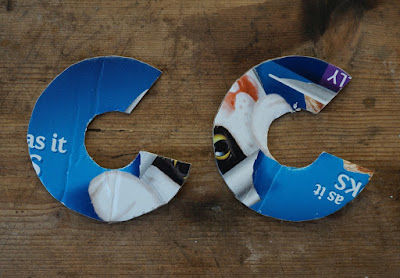 Place the two pieces of cards together and start wrapping your yarn. 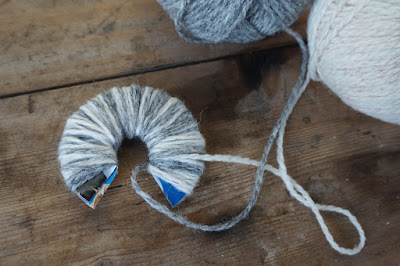 Wrap until the "centre" is more or less full - it reminds me a bit of a woolly croissant. 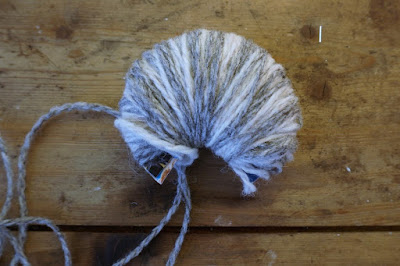 Then the cutting part - cut the yarn around the edge of the pom pom. Remember to hold it tight with your other hand! 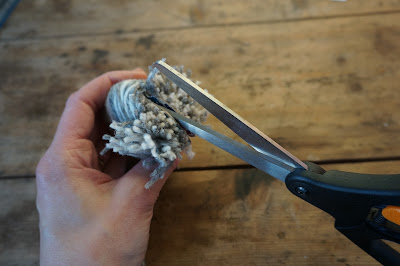 Cut a fairly long length of yarn (approximately 50cm) in the main colour of the "sky" part of the hat as this piece is yarn is used to attach the pom pom on top.  Place the yarn between the two layers of card and pull tight (but not so tight that you break the yarn).  I tend to do this as I go along when I am cutting it.  If the yarn you are using isn't very strong you might want to use an alternative yarn. 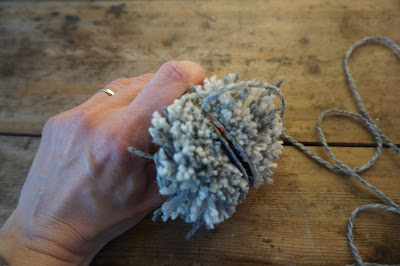 Then remove the card, you will end up with a lop-side untidy pom pom - 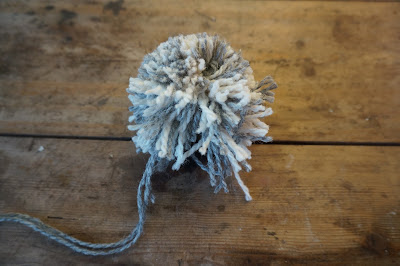 All it needs now is a good trim, but make sure you don't snip the yarn holding the pom pom together, this will be used to fix the pom pom to the hat.  I find it easiest to hold the long pieces of yarn while I am trimming. 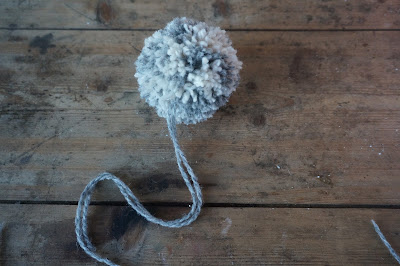 All is left to do is attach the pom pom to the hat.  Instead of sewing in the ends I tie them in a double bow - that way the pom pom can be removed fairly easily for washing or if you fancy a change your hat can be pom pomless! 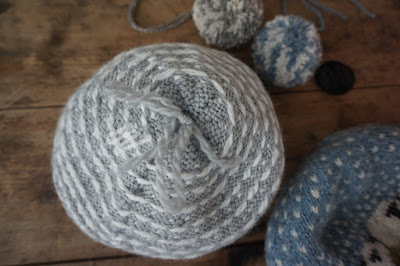 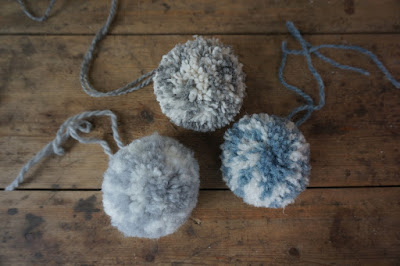 I you have other pom pom tips or have used something else to adorn your Baa-ble hat please let me know, I would love to hear/see them!
Posted by Donna Smith at 04:44