My Dad had a significant birthday last week, what do you give something who has everything?  A jumper!  In the 1980s and early 90s in Shetland there was quite a high demand for Icelandic style yoked jumpers made of chunky yarn.  My Granny (Dad's Mum) used to hand knit them to sell to Anderson and Company in Lerwick who would then sell them through their shop and send them away.  I always remember Dad wearing her jumpers, they were very warm and thick and made an excellent garment for wearing when working outside.  This is the last jumper she made him, it is in a very good condition other than a bit of fraying around the hem and cuff.  This was my template for the Birthday jumper. 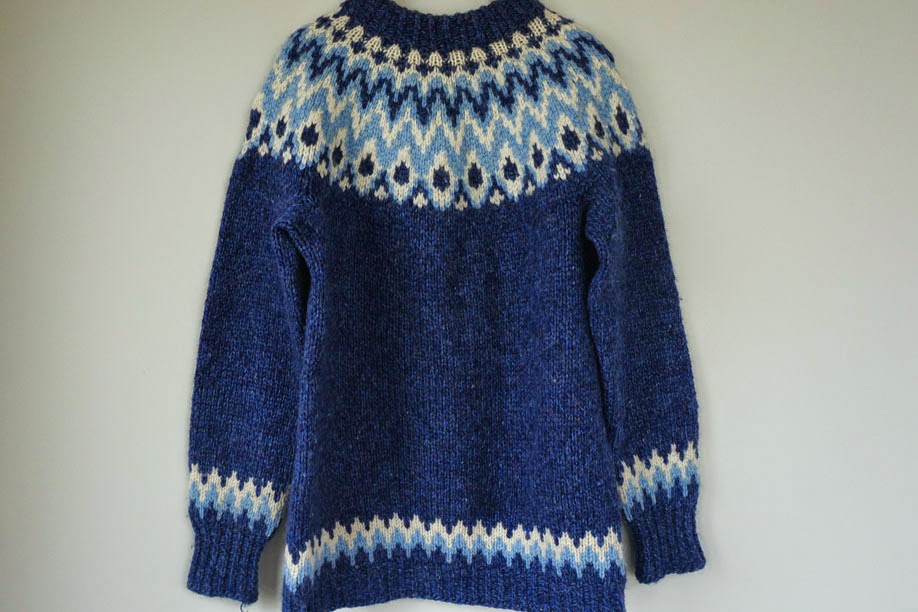 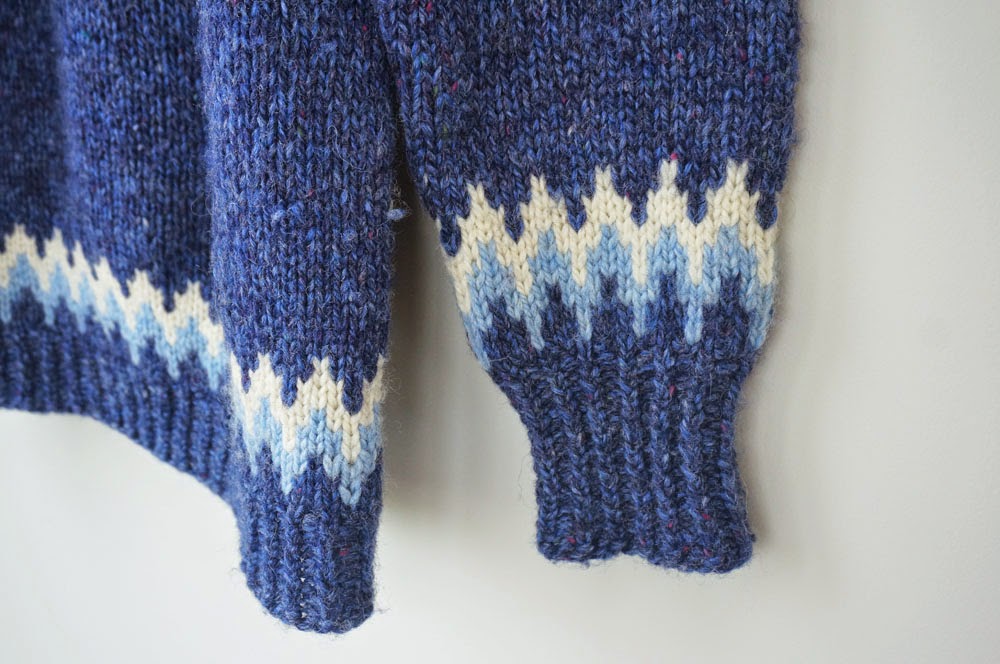 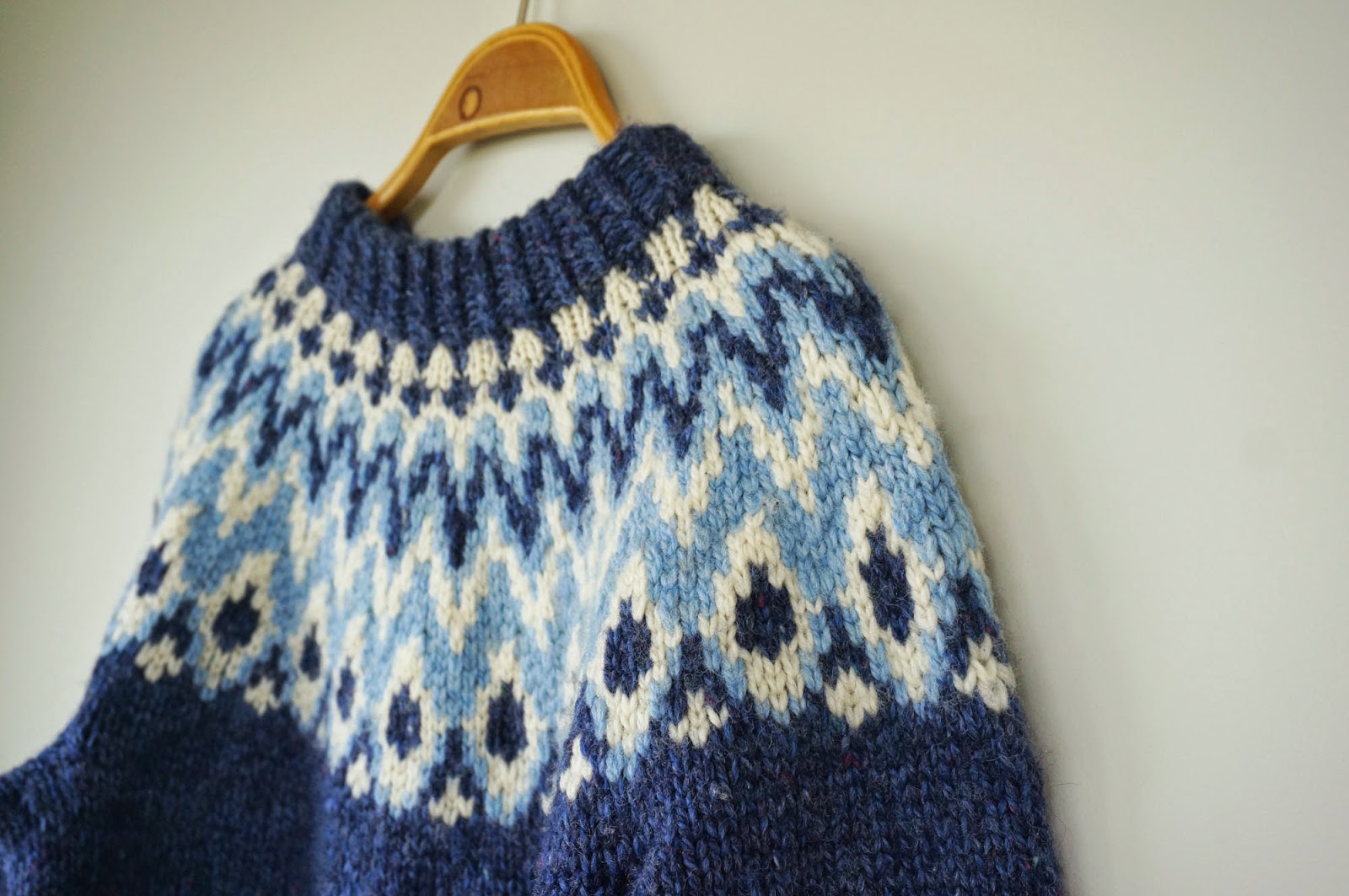 I chose Jamiesons of Shetland chunky yarn to recreate the jumper, in natural colours, shaela for the main colour and sholmit and ivory for the pattern. 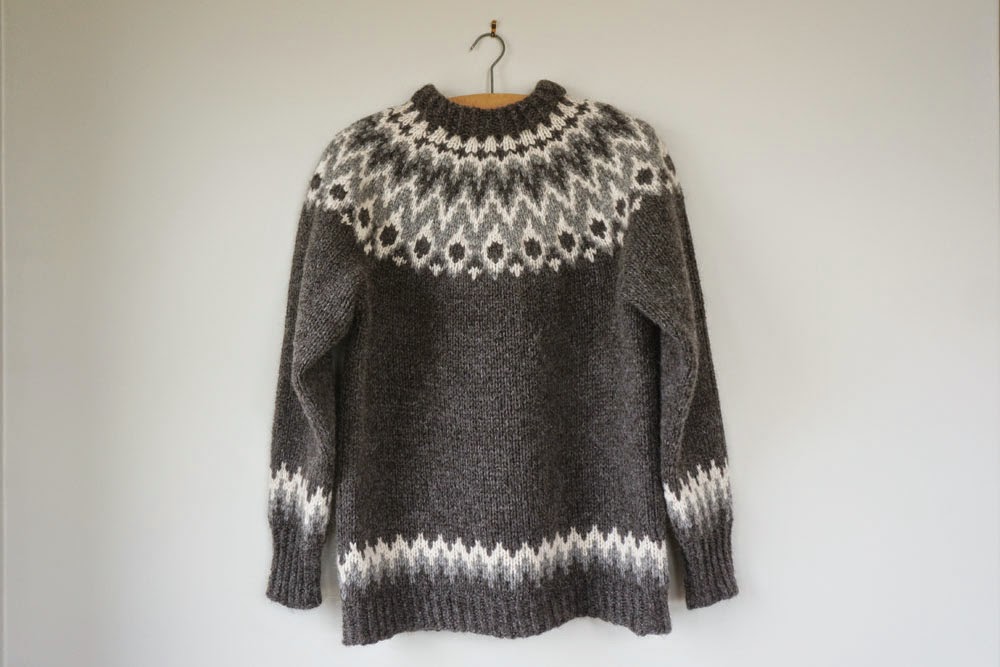 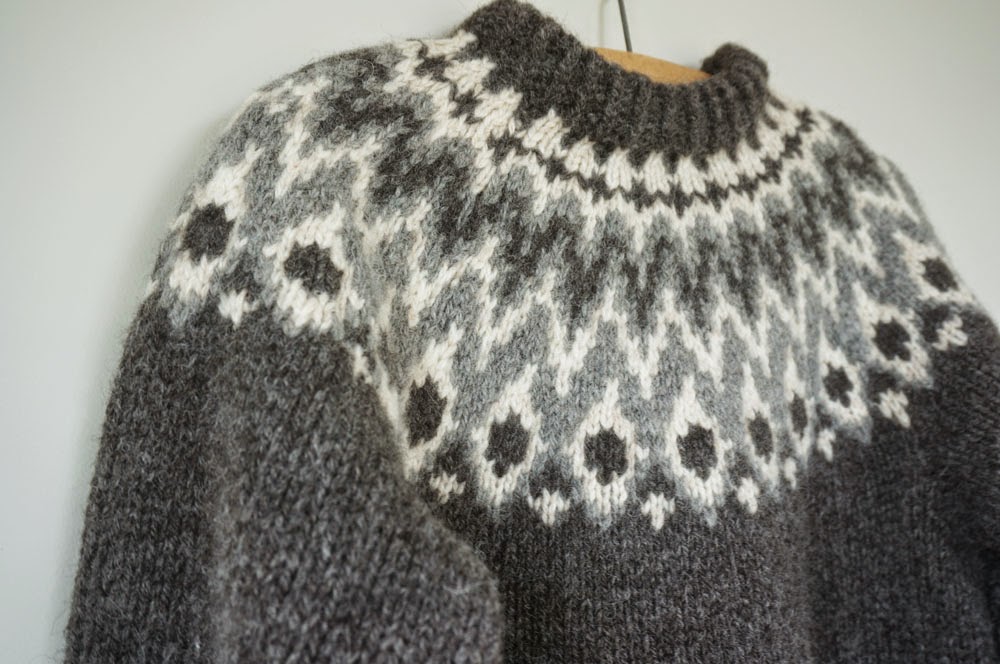 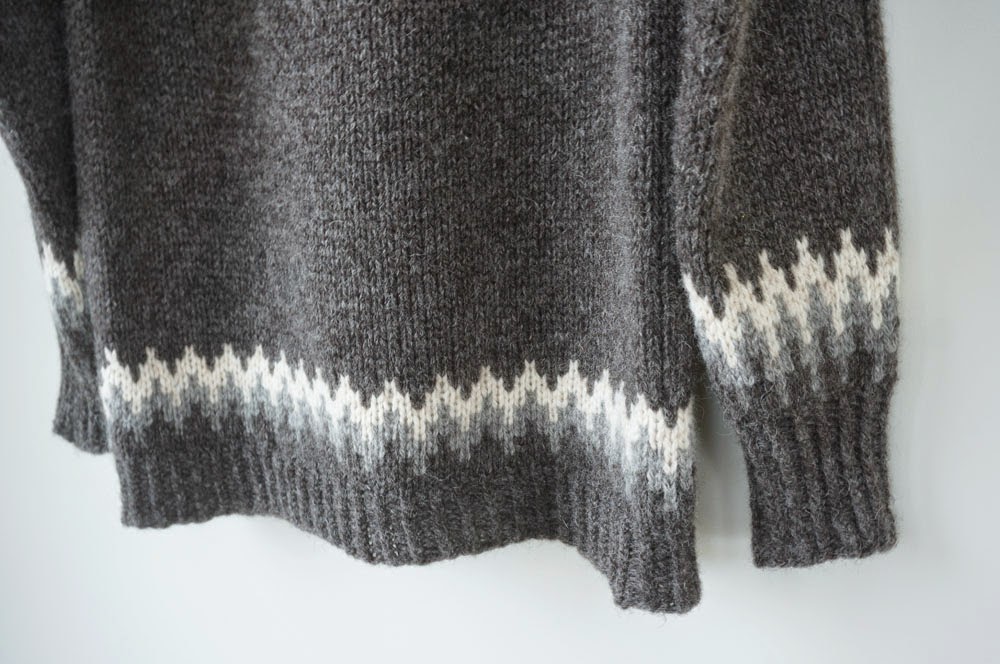 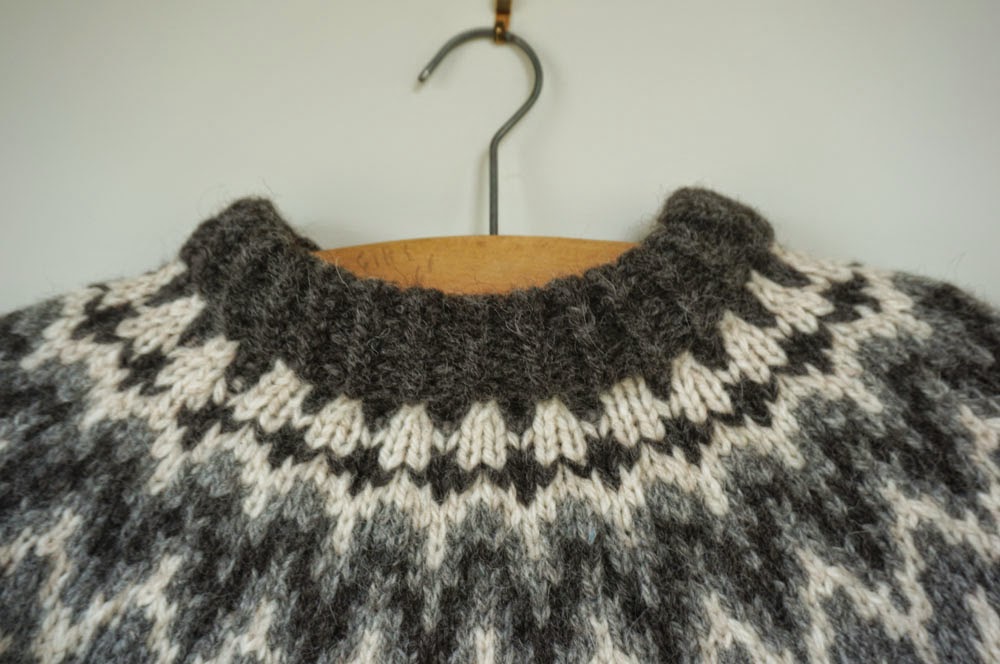 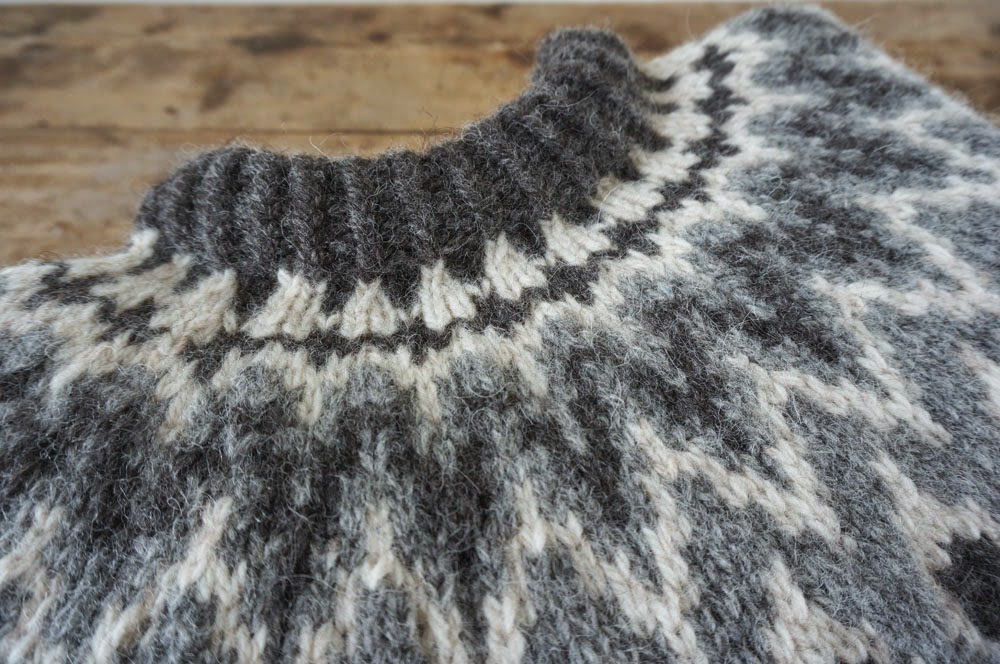 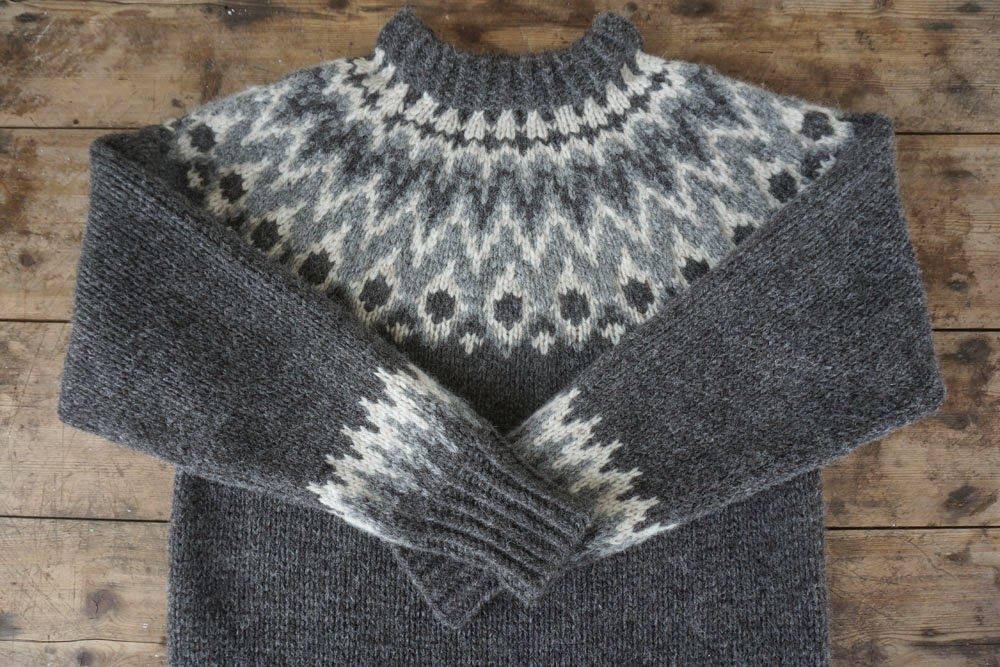 There were several agents in Shetland buying these chunky style jumpers during the 1980s and 90s and many knitters made them to supplement their income.  Many Shetland women I spoke to about the Birthday jumper said they used to make them.  They knitted up relatively quickly; my Aunt Betty remembers how she would sometimes make two in a week, this was on top of all the other work that had to be done. The knitters would be given written instructions to follow like these below used by Granny's cousin, Aileen.  Her instructions were for a "Mens Quick Knit (Scalloway Jupy)" (Jupy being a jumper) for an agent in Scalloway.  The instructions were quite basic sometimes only with numbers giving the quantity of stitches and rows, assuming that the knitter had enough experience and knowledge to able to complete the jumper with minimal input from the designer.  I obtained a few different versions during my research of the Birthday jumper, all were quite different as different agents would have had their own designs. 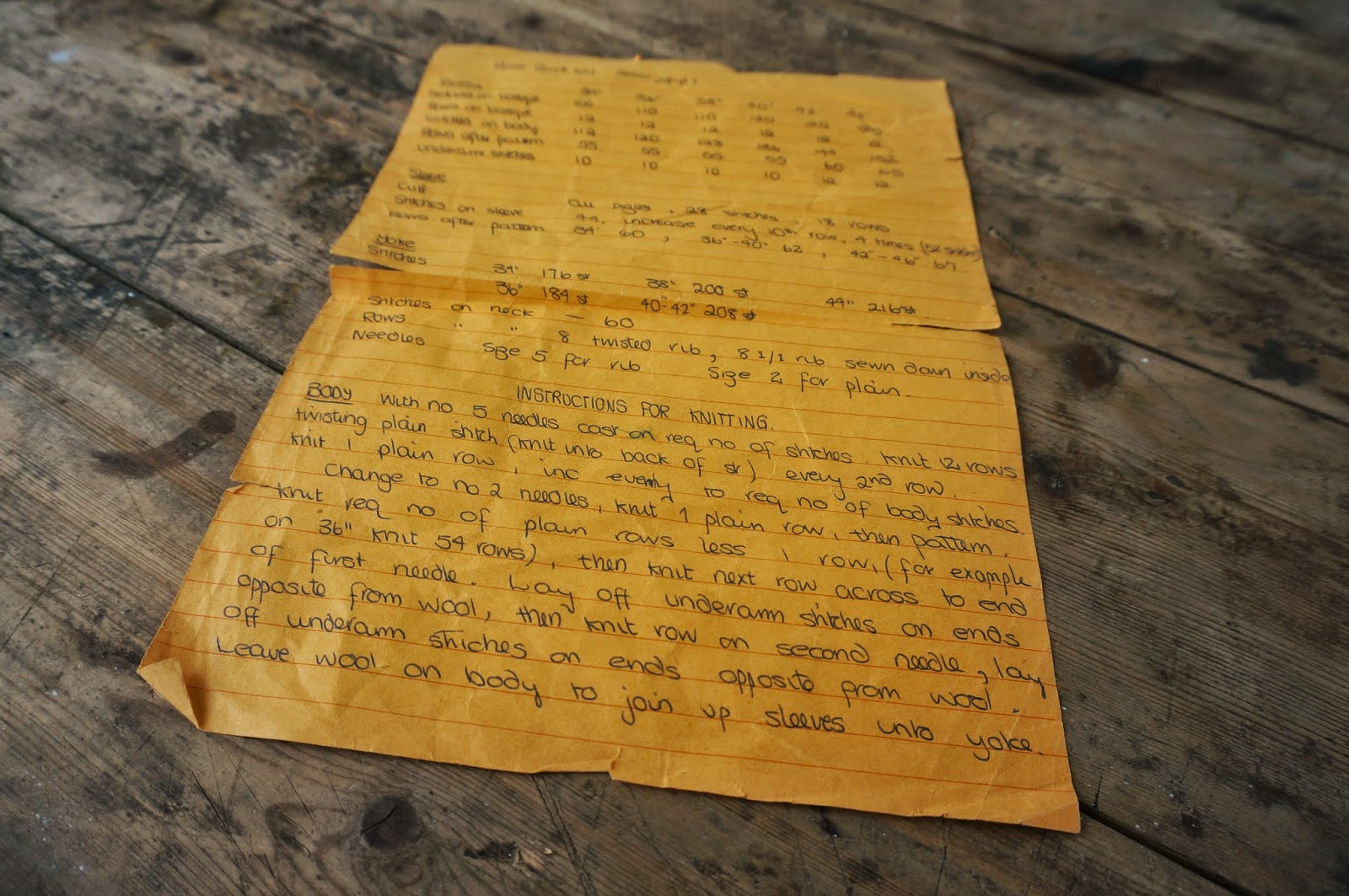 The jumpers were made in the round, making the body and sleeves first and then joining it up for the yoke.  Interestingly, in Fair Isle knitting a general rule is that only two colours are used in any particular row, in Icelandic knitting often three colours are used in a row.  This gives a very thick fabric particularly useful around the shoulders which provides an excellent barrier to the weather. 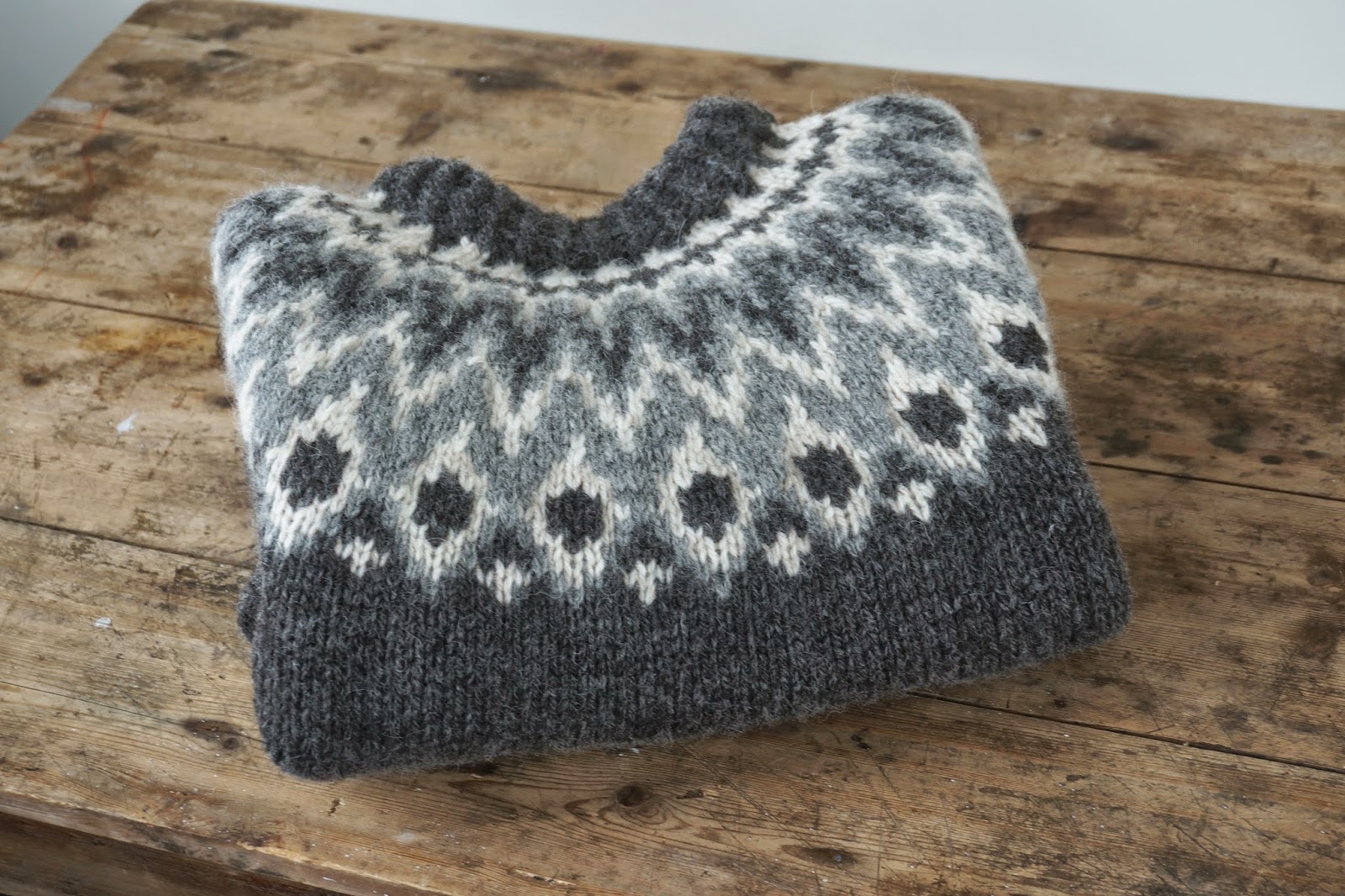 I found some old patterns among my Mum's things - the yoke of this pattern below is almost the same as the yoke of the Birthday jumper but the pattern around the sleeves and the waist is different. 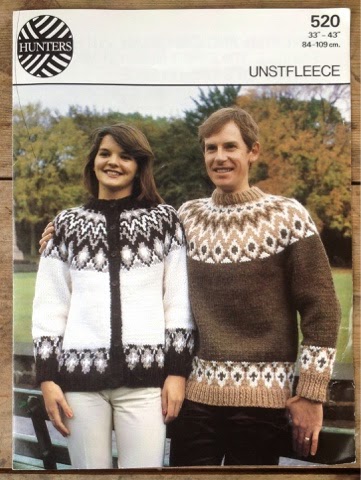 Often the yokes were made with plain rows between the pattern, this would have been where the decreases were made. 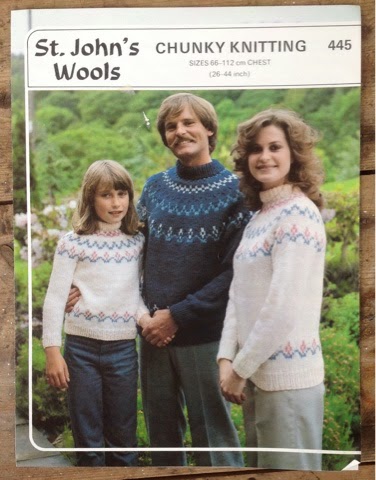 And this booklet for the mere sum of 75p has several patterns. 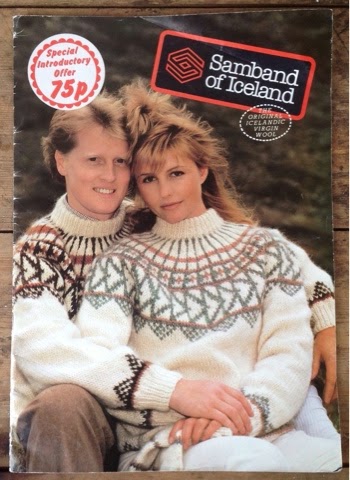 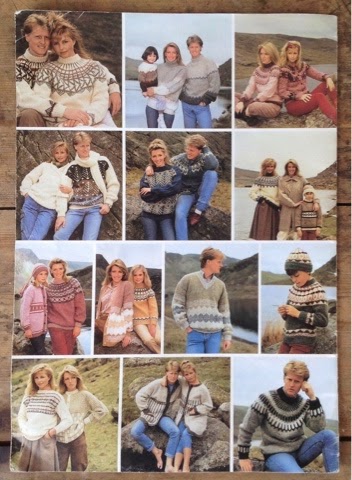 The photos and colours of these patterns make the jumpers look very dated, but they are very fashionable again, there are several updated patterns available now such as the Asta Sollilja by Kate Davies in her latest book "Yokes", Strokkur by Ysolda Teague, the Icelandic designer Vedis Jonsdotter has a huge range including this free pattern for a yoked jumper.  A search for "Icelandic yokes" on Ravelry will give you a huge range to choose from.

This jumper almost became the "Belated Birthday Jumper" but I managed to get it washed and on the jumper board at 9 o clock the night before!  It was a close one though!

You can see details of the Birthday jumper on Ravelry.