In my last post I mentioned I was going to Vogue Knitting Live (VKL) in New York to represent Shetland Wool Week.  We have been back for three weeks now (the jetlag always affects me coming back and then I had a bout of the flu) and I am happy to say the event was extremely successful.  We spoke to what seemed a huge number of people and handed out all the leaflets about Shetland Wool Week we had taken with us.

It took place in the Marriott Hotel in Time's Square, so we couldn't have been more central. 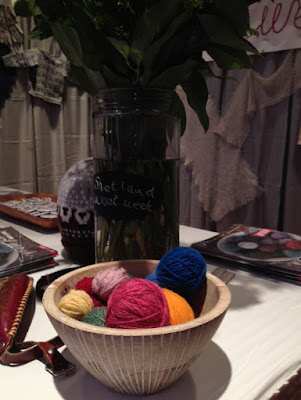 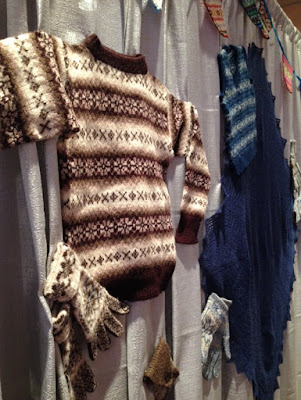 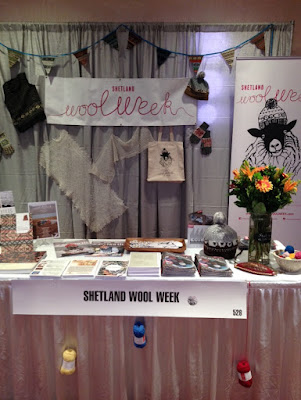 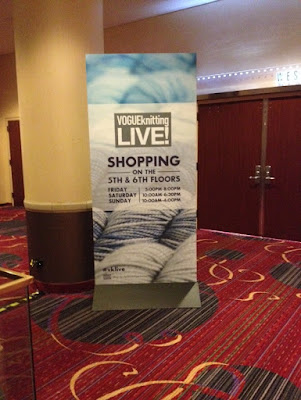 Before the market began, I took part in a lecture on knitting in Shetland with June Hemmons Hiatt (author of Principles of Knitting and who is producing her own knitting belts) and Hazel Tindall (fastest knitter in the world and authority on all things Fair Isle) 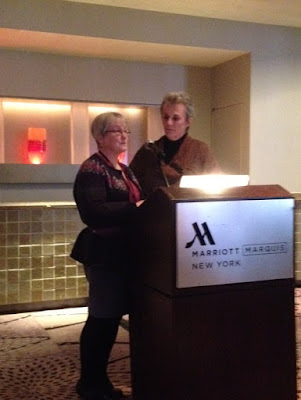 Hazel was asked to demonstrate her knitting at the end of the lecture. 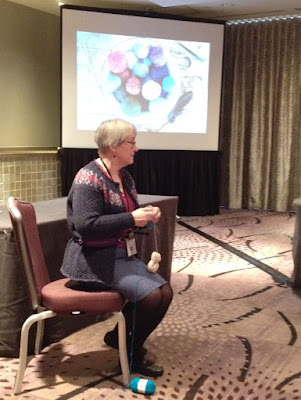 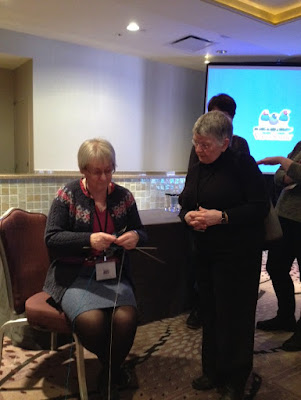 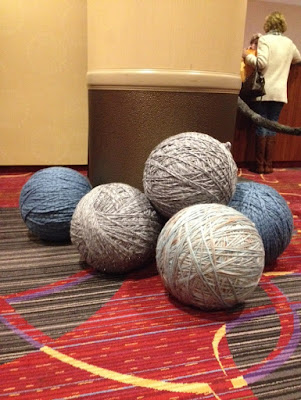 Misa and Kirty who worked really hard to get us there and were real trooper over the whole event.  Thank you lasses! 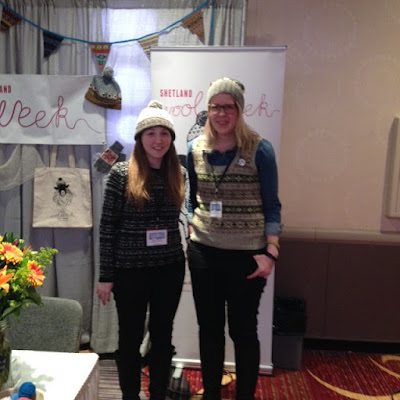 We made sure we got our pins on the map! 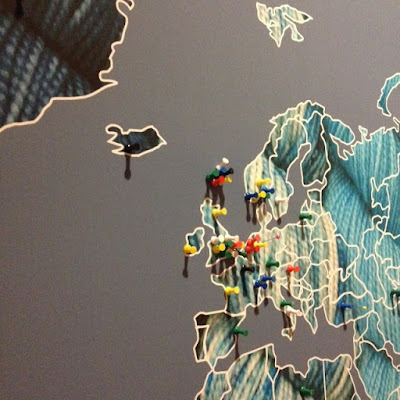 The event was made up of many workshops and classes through the hotel and a marketplace (in which we had a stand) which was on two floors of the hotel. 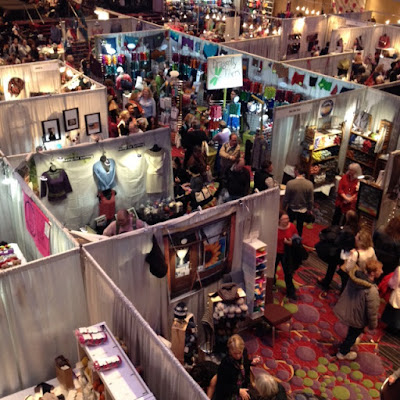 We spoke to many people and it was really good to have people stop by to show me photos of their baa-ble hats... 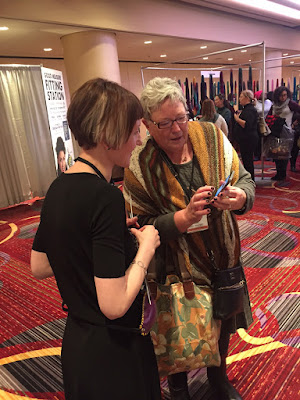 And to show me their hats in real life... 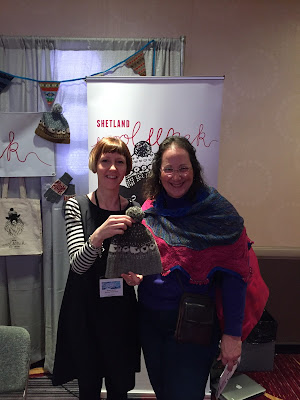 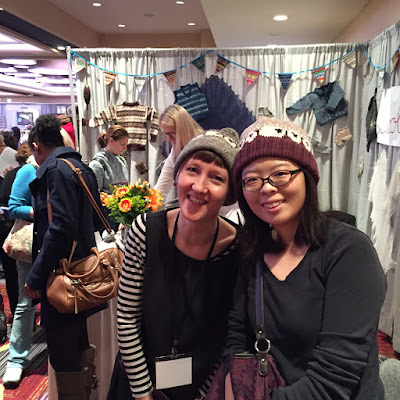 We had a little bit of time at the end to go exploring and sightseeing, of course I had to knit on Brookyln Bridge.  It was -5C so the knitting was purely for photographic purposes before the gloves went back on! 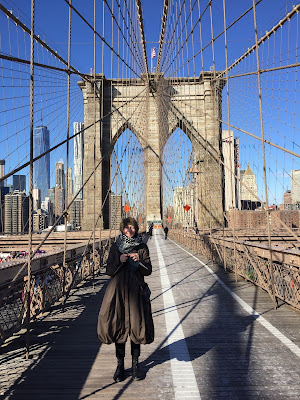 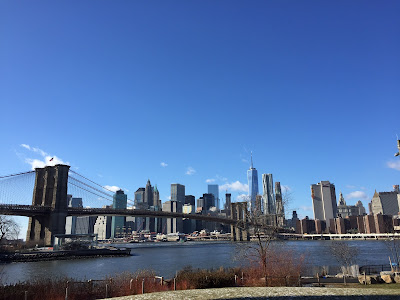 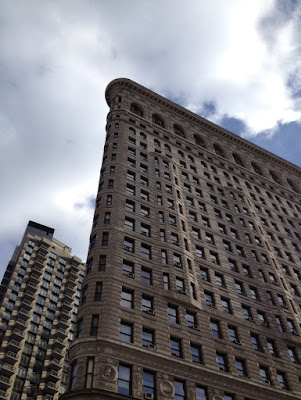 Misa, myself, Carol and Kirsty in Central Park. 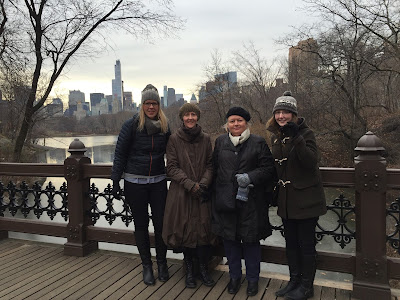 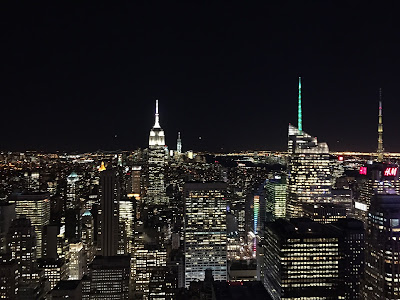 And then again in the evening I had to do a bit of knitting on top of the Rockefeller centre! 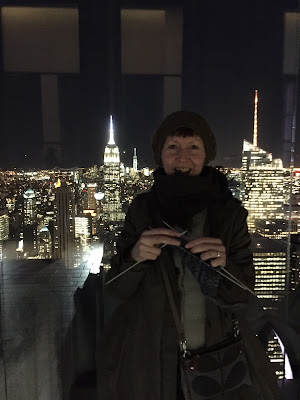 We managed to get back to the UK just before the snow hit New York... 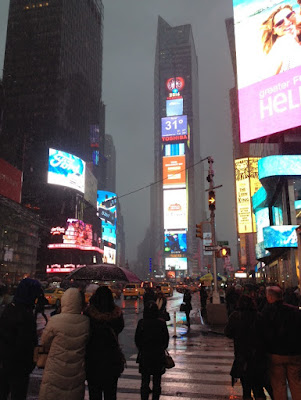 Thank you so much to everyone who spoke to us and took time to show us their work.  I certainly hope to come back again some day!

(I went there without my camera and my phone battery kept going flat so many of these photos were taken by Kirsty - thank you!)