Yesterday was day two of Shetland Wool Week.  I spent most of the day at the hub chatting with people and then was at the opening ceremony in the evening.  It was too late to blog when I got home so here we are now on day three!

Knitters gathering at the hub at Isleburgh Community Centre: 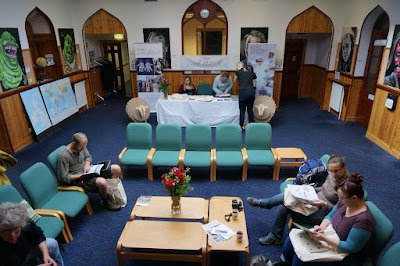 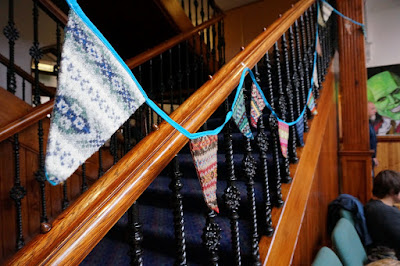 The opening ceremony about to start: 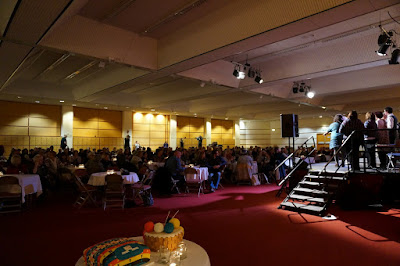 Hjaltibonhoga Fiddlers opened the ceremony.  They are wearing outfits designed and made by Shetland based Niela Nell Designs 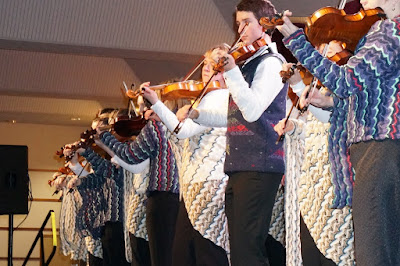 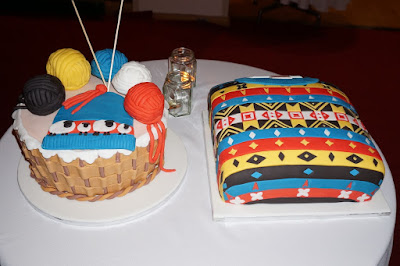 Cutting the cake....I am wearing a tank top in ShetlandWool I made to wear at the opening - I will blog about it once Wool Week is out of the way!

After the speeches and Q & A speeches we were entertained by the brilliant Felicity Ford AKA Knitsonik, who wrote this song about Shetland last year 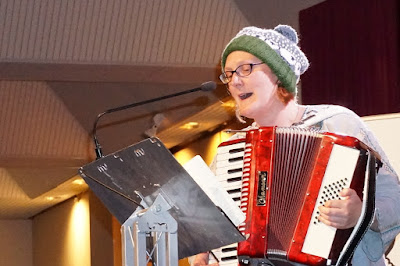 And then she was joined on stage by Louise Scollay (who many of you will know from the Knitbritish podcast), who became Knitting Pundits - what would it would be like is knitting became as popular as football and was reported on the news?  Hilarious and very entertaining! 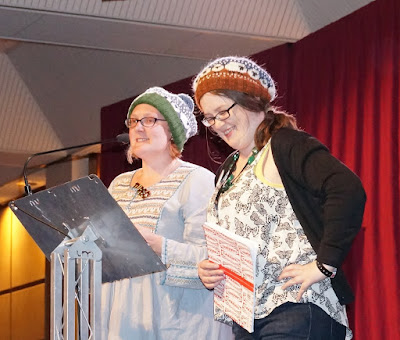 The evening was rounded off by the lovely Claire White, who was our compare for the evening, she sang a beautiful song she had written about the tale of Betty Mouat, who in 1886, set off to sail from the south end of Shetland to sell her knitwear in Lerwick.  A storm came up and the crew were lost.  She drifted for 9 days before she hit dry land - this expedition made her a bit of a celebrity.  You can read more about her here or by reading the essay about her in the Shetland Wool Week Annual Volume One. 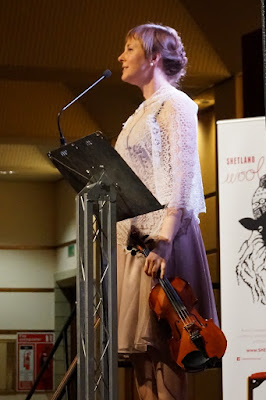 There will be more pictures from today later on!
Posted by Donna Smith at 02:55