The latest exhibition at the Gadderie in the Shetland Museum and Archives focusses on Taatit rugs that were once made and used in Shetland for bedcoverings.  It is the outcome of two years of extensive research by Dr Carol Christiansen and covers items from the 18th to the 20th centuries.  It is very exciting to see a textile based exhibition and I spent some time there a couple of weeks ago. 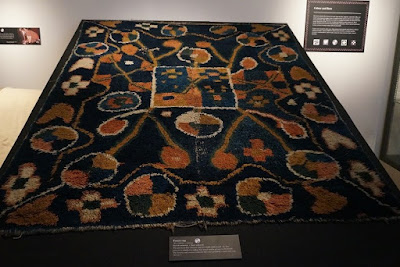 Taatit rugs are made by sewing wool yarn through a woven base, or ground, to form long loops and then cut to create the pile. Usually the coarser wool which wasn't suitable for knitting was used.  The wool used was usually dyed, using natural plant dyes and later using synthetic dyes and patterns were created using the colours, that were often symbolic and had superstitious meanings, such as Nordic symbols were often thought to ward off evil while a person was asleep. 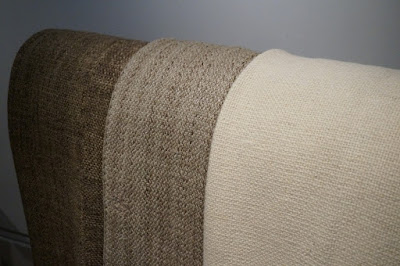 The woven base (ground) in three natural colours 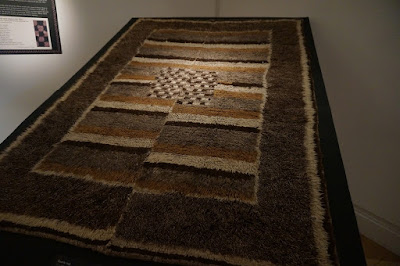 A taatit rug with geometric symbols
They were used as bedcovers and it is thought that the pile was often placed facing downwards on the bed to trap air and presumably make a warmer covering although this is difficult to prove as any photographs are too dark to make out the details.  A typical bed would be a box bed - basically a wood box to sleep in which would have helped keep out draughts.  I always remember wishing I had one when was little, in fact I would still quite like one! 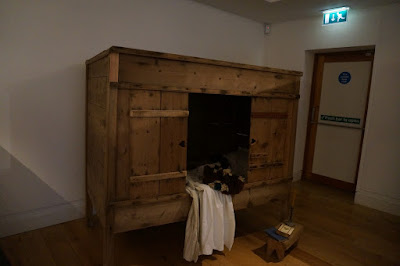 The rugs were often made as wedding presents and would be used for the rest of their married lives.  It was thought it give them protection from unwelcome guests such as trows that could take the soul of a woman during childbirth to look after one of their own babies. 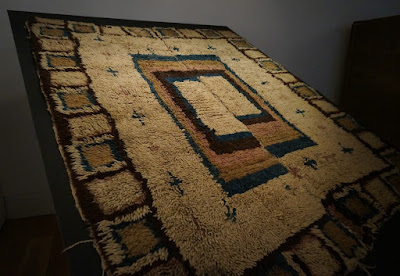 A tattit rug given as a wedding gift to a couple in Houss, Burra Isle in 1871. 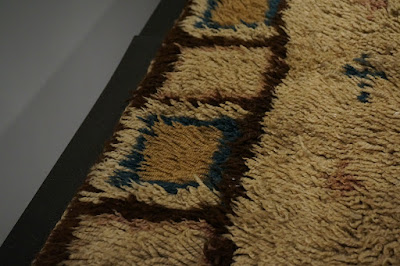 The pile would have made them very warm. 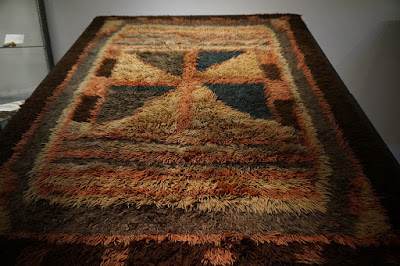 By the start of the 20th century the use of the rugs for bedcovers was overtaken by newer materials and the rugs became use more as decorative floor rugs like those shown in the photo below. 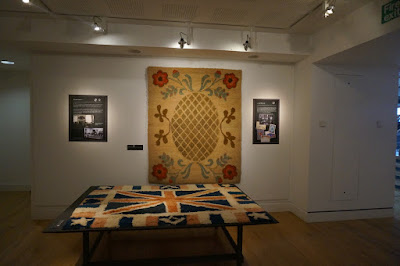 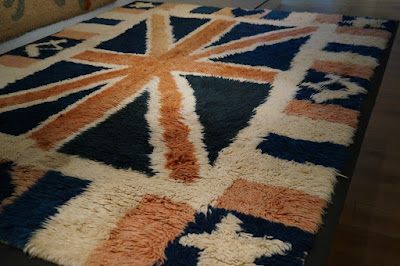 Carol works for the Shetland museum and is an expert in textiles.  I asked her a few questions about the exhibitions and the rugs.

It was originally thought that taatit rugs were unique to Shetland.  You recently have found that a similar thing is also found in Scandinavian countries.  Can you tell me how you discovered that and a bit about those rugs?


Taatit rugs are unique to Shetland, but they are related to pile bedcovers that have been made across the Nordic world and Ireland for centuries.  I have known about rya rugs for a long time – I remember when they were popular wall hangings in the 1960s!  I also knew that the way they are made is different from taatit rugs.  But what surprised me was how the designs in some of the Nordic rugs are so similar to taatit rug designs.  While it is possible that rug designs developed independently, I now believe there was cultural contact and exchange of rugs or rug designs between Shetlanders and Norwegians, Swedes and Finns in the 18th century.  The same thing happened in knitwear design – it’s similar to colours and patterns seen across the Baltic, but at the same time has a ‘Shetland’ look all its own.


Have you ever made a tattit rug yourself or do you ever plan to?


I have not made a taatit rug, and while it does interest me, I have a lot of other things that are higher on my ‘to do’ list.


When you first started this project you had 34 samples in the museum.  I remember hearing a call on Radio Shetland for people to come forward with any rugs they might have.  Did you get a good response to this?


I got an excellent response to this, so much so that the project was extended a year and there are twice as many rugs in the publication catalogue than previously envisioned.

I understand you are planning to produce a publication on taatit rugs to follow the exhibition.  Can you tell me any details about this?


The publication will cover the main themes of the research – how taatit rugs were made, their relationship to Nordic rugs, their social importance as marriage rugs and heirlooms, taatit rug design and motifs and their relationship with folklore, colour in rugs and the use of natural dyes, and a chapter on taatit floor rugs.  There will also be a catalogue showing over 80 rugs and grounds with full-colour images.


Do you have to store the rugs in a particular way?


Yes, the rugs in our collection are stored rolled.  We get large cardboard tubes from carpet suppliers, which we cover with foil and tissue to encase the nasty acids in cardboard.  Then the rugs are rolled around the tube with more acid-free tissue and the whole thing is covered in an inert fabric and tied with fabric tape.  The rolls are labelled and suspended on a racking system.


Do you have a personal favourite rug and if so why?


Yes, but it is not one in our collection.  I fell in love with a rug owned privately because of the amazing colour work in the design.  Unusually, the colours are pastels – yellows and corals.  The maker had dyed natural colours like grey and fawn to create additional shades.  These were sewn next to white yarns dyed the same colours to create subtle changes in colour throughout the rug.  The whole effect is rich, luxurious and very sophisticated – made in Yell in about 1870!  If I were to make a rug, I would do so with these design principles in mind.

The exhibition runs until Sunday 19th July and is definitely worth a look.  Carol will also be giving talks about the rugs in the museum on Friday 3rd July at 3.00pm and Sunday 12th July at 2.00pm.

I will keep you updated on when the publication is out!