Woolly Round Up - March 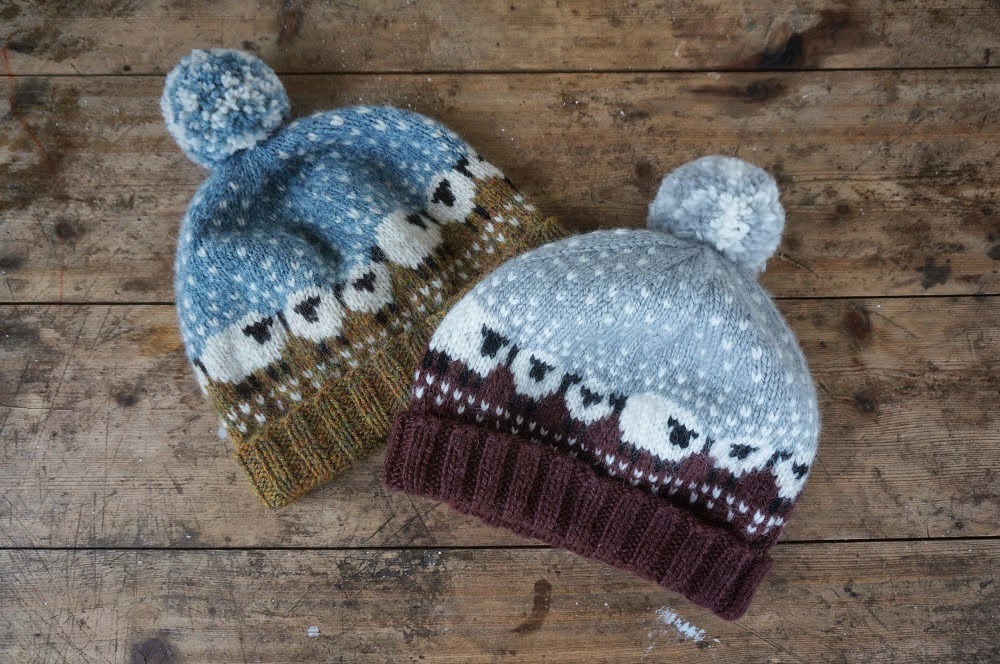 March has been a busy month and I thought I would do a round up of the main things that have been happening textile wise and the some of the things I have found inspiring and interesting.

In the middle of March I travelled to Edinburgh with the lovely people from Shetland Wool Week to attend the fantastic Edinburgh Yarn Festival.  This is the second year of the festival, although this time is was much bigger and it was a roaring success.  Shetland Wool Week had a stand over the weekend, there was a constant stream of people going past I think we spoke constantly.  It was much busier than any show I have done before. 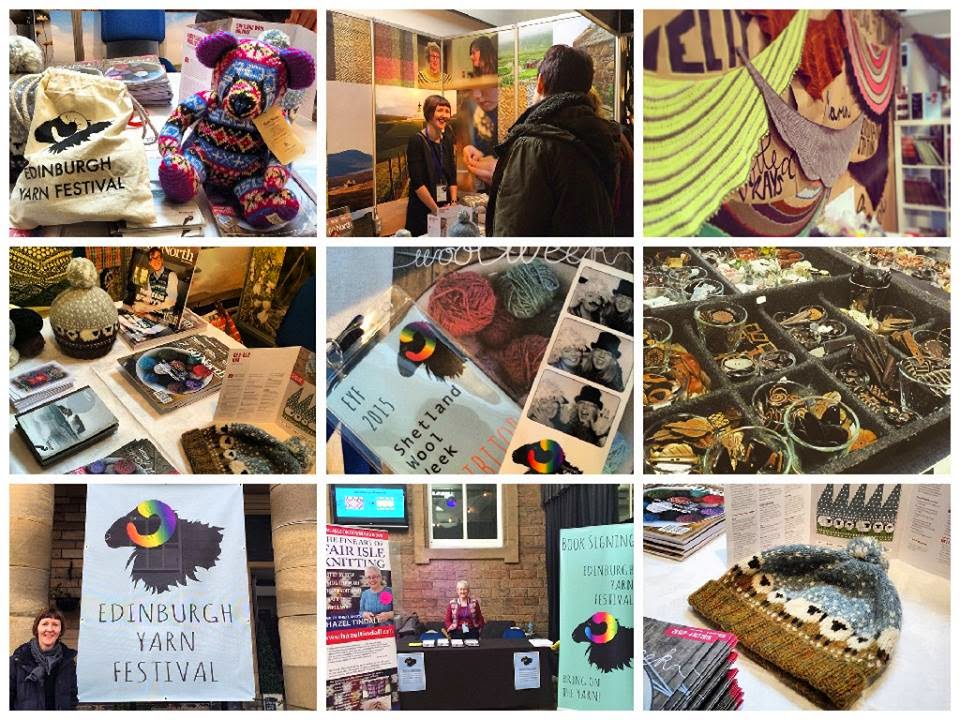 I met so many lovely people and saw so many inspiring things.  I am just waiting now until next year's dates are announced as I am definitely going.

As well as Shetland Wool Week, we were promoting Shetland Wool holidays.  The first one will run from 16th - 21st July and will consist of guided tours and workshops through Shetland.  I will be taking one of the workshops in the lovely long room in Busta House Hotel and think it would be a fantastic break for anyone interested in textiles (in fact I would like to go on this holiday!). 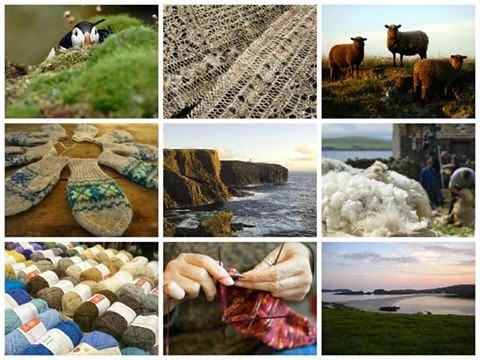 For details and how you can book go to www.shetlandwoolweek.com/holidays

While I was away at the Edinburgh Yarn Festival I was vexed to miss an exhibition of Knitting and Spinning in the Ollaberry Hall, which is in the North mainland of Shetland.  Fortunately though, Ella Gordon went along, and wrote a blog post about it.  She takes beautiful photos and although I missed it I felt I had been there. 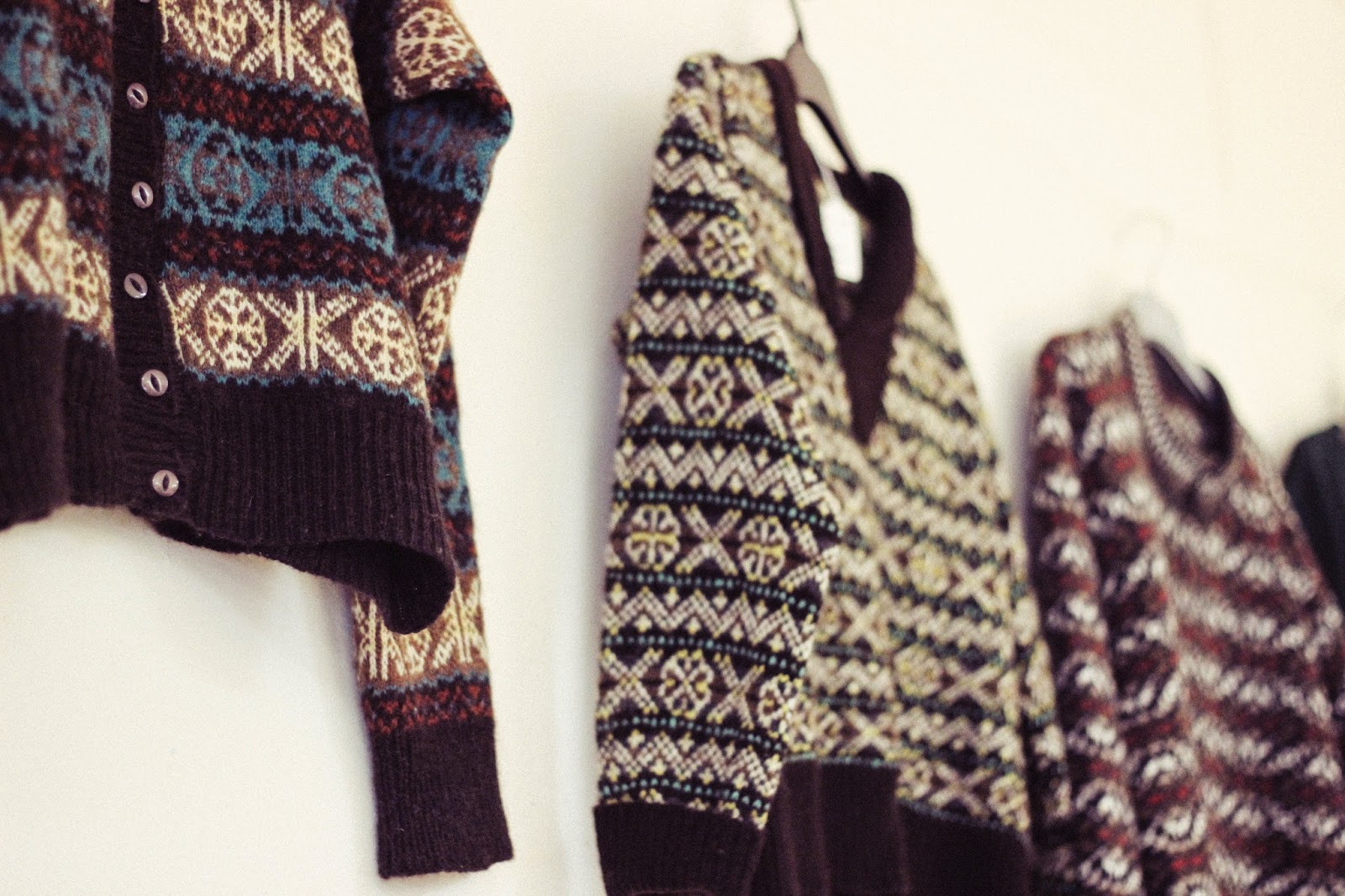 She also spotted a hap with a lace croft house similar to the one Aunty Emma made for me, you can see her version here. 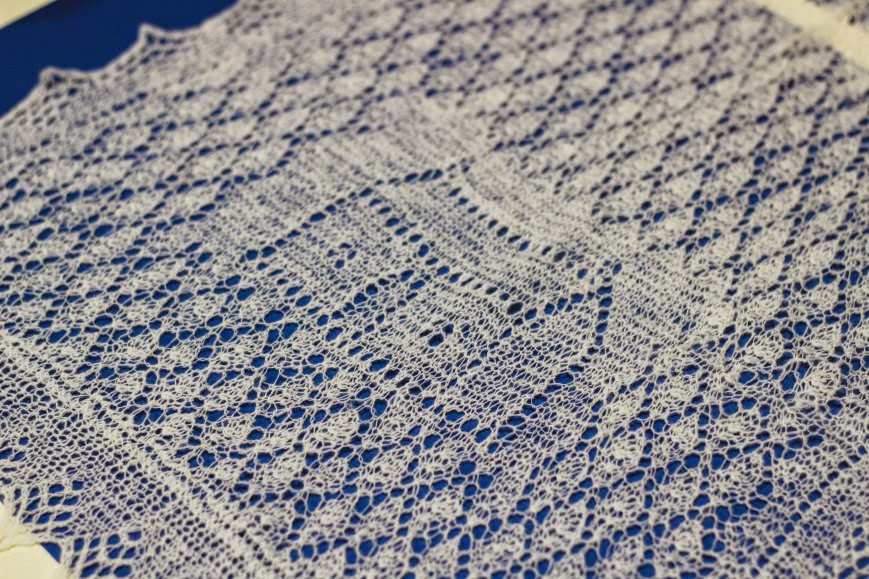 I love exhibitions like this, they have been curated by members of the community and show a huge amount of talent.  Many of these garments would be seen as a day to day item but really they are works of art in their own right.

Speaking about haps, I cast on the edging of mine and have finished that section.  I now need to get my instructions for the border and I will be off again. 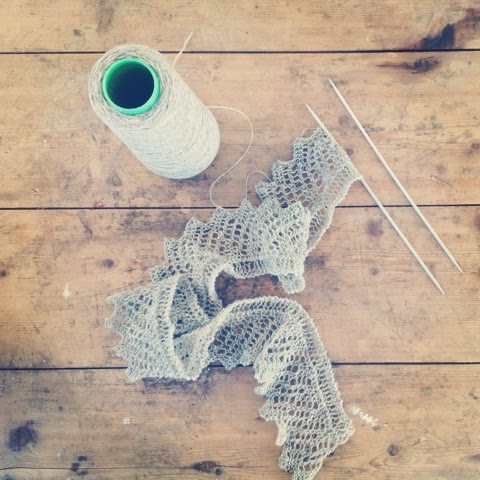 The Knitbritish Hap-Along starts on April 10th, but I have started early while Aunty Emma's instructions were fresh in my mind.  I quickly picked up the edging pattern and really enjoyed making this part.  I have chosen to make it in light grey lambswool, mainly as I have a few cones of it left over from some scarves I used to make to sell.
You will find details of the Knitbritish Hap-along here as well as several of Louise's other posts. 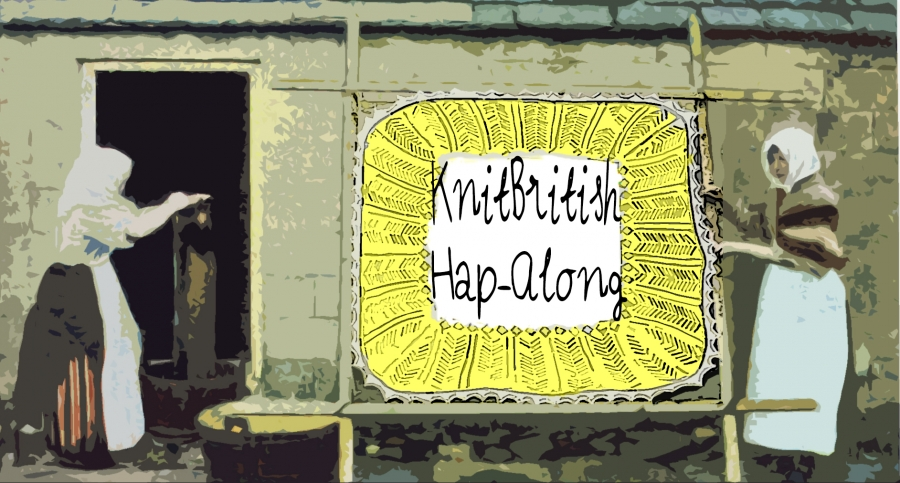 (I love this illustration - isn't it great?)
I'm not much of a reader (I prefer to spend any free time I do have knitting) but there are occasions when I do read such as travelling.  Before I went to Edinburgh I bought Yarn Harlot, The Secret Life of a Knitter by Stephanie Pearl-Mcphee and I certainly wasn't disappointed.  I had heard about her work through an online friend and have had several of the Yarn Harlot publications in my Amazon wishlist for a long time now. 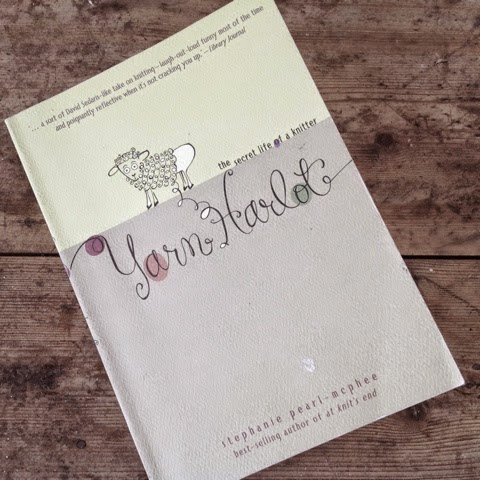 You probably need to be a knitter to appreciate it but if you are a knitter like me you can really appreciate it.  The book consists of very amusing short essays about the authors escapades with various projects and touches on many things I can relate to, such as she has so much yarn she has taken to stashing in the piano but still buys more (I don't have a piano but I can see why it would make a good place for hiding yarn).
And, I am also relived to hear that having lots of things on the wires at the same time while never actually finishing anything has a name: Startitis
"Startitis is defined as an unreasonable urge to begin new knitting projects without regard for the number of projects already begun, deadlines impending, or budgets imposed"
That being said, I need to start another project tonight - a jumper for my Dad's birthday which is in less than two weeks time -
wish me luck!