I recently finished a new pair of mittens, just in time for the wintery weather.  We haven't had much snow here in Shetland but we have had a lot of gales and it has generally been colder.  These mittens are Polar Star mittens designed by Outi Kater. 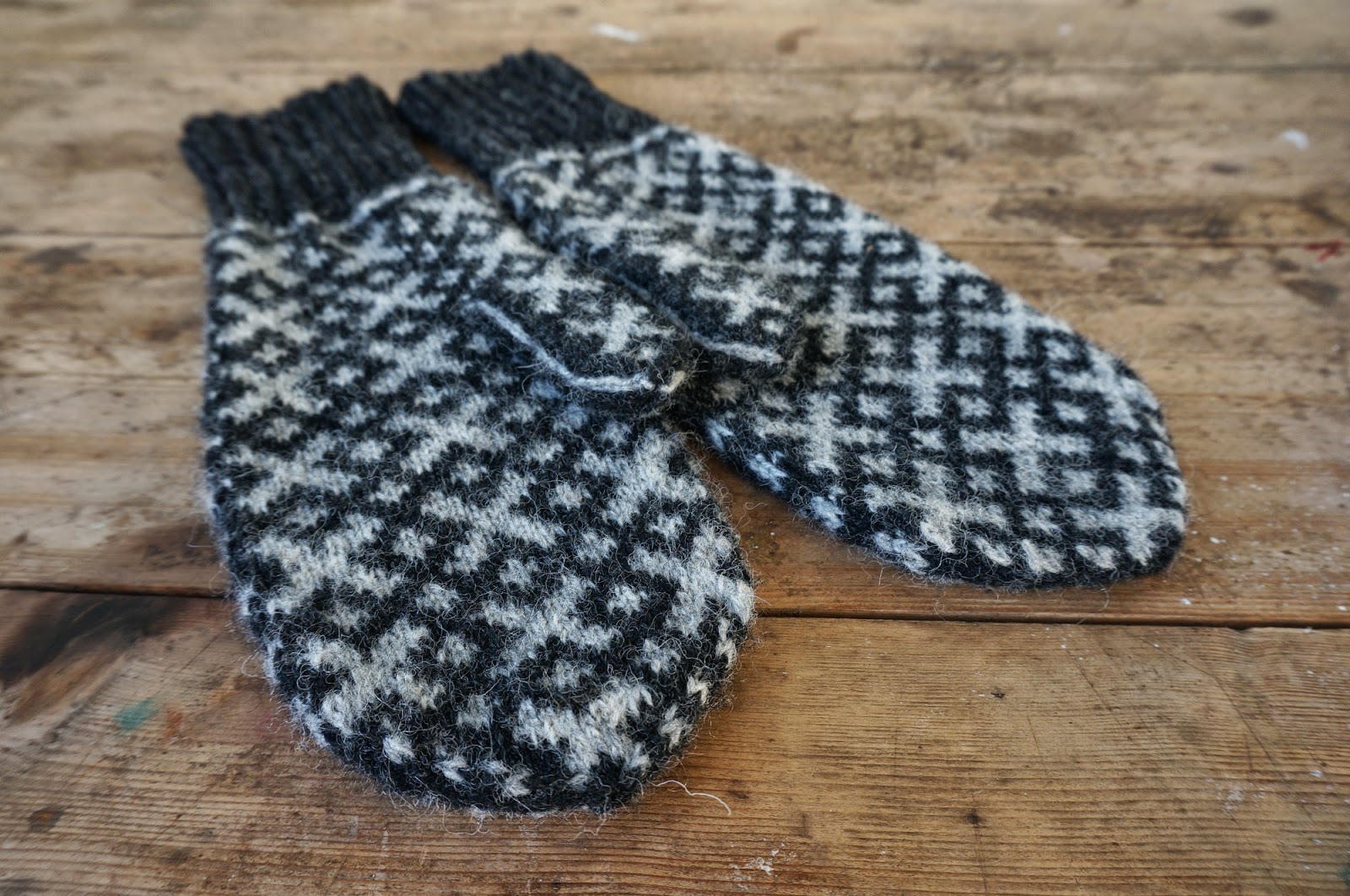 Outi lives in Shetland but is originally from Finland and she draws on inspiration from both places to create her designs.  I love the way she uses Shetland yarns and Fair Isle knitting techniques to create something contemporary, often geometric in style.  The motif on these mittens is a traditional Finnish pattern as is the knitting style of using only two colours, unlike Fair Isle knitting which traditionally uses several colours blended together. 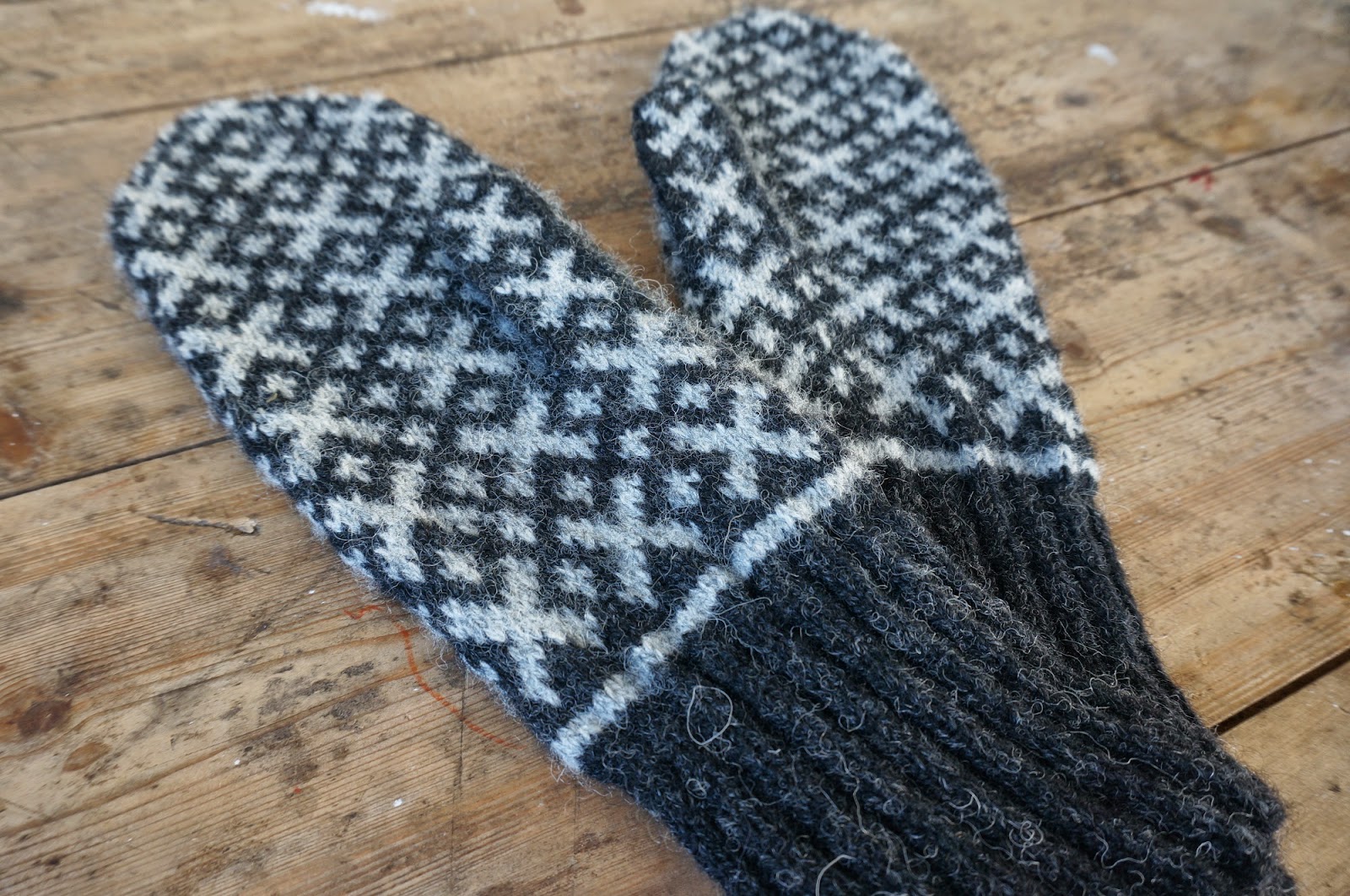 The pattern was very easy to follow, and I would have had a pair of mittens in no time but this was my travelling project for a few months and I took it to work and away for a weekend, so I only knitted a few rows now and again.  The final result is very pleasing, the mittens are large and cosy as the pattern creates a thick fabric ideal for keeping out the cold.  For more details on needle size and yarn you the project is on Ravelry.com here.
I could have just worn them as they were when I cast them off, but Shetland yarn (as does most wool projects) really does benefit from washing and blocking, or dressing as we say in Shetland. 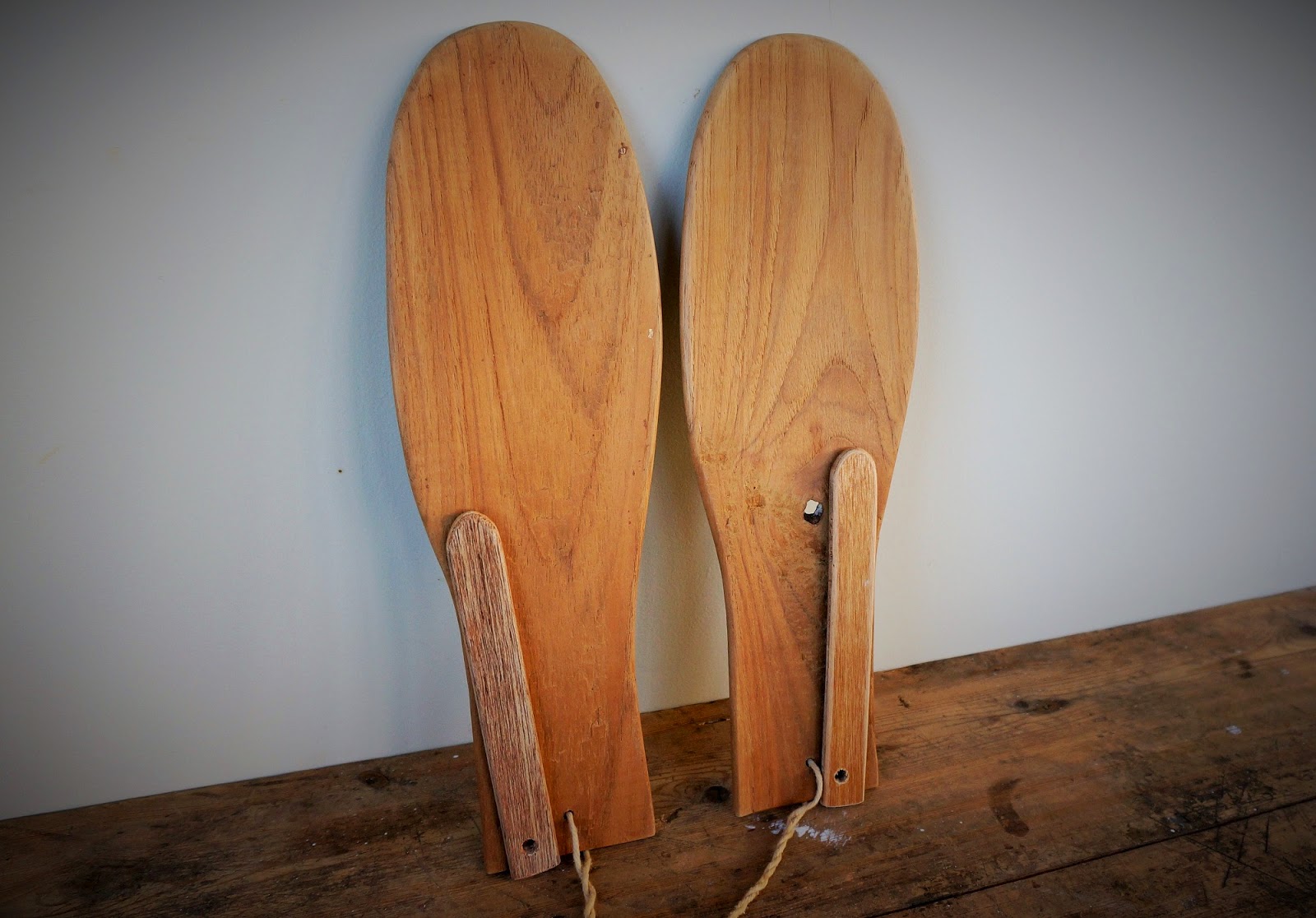 I received these glove boards from a friend recently as she wanted them to go to someone who would use them, and luckily they were the perfect size for the mittens.  They are probably for men's mittens but as the Polar Star mittens are generously sized these were just right.  These boards would have been homemade, most houses in Shetland would probably have had several pairs in different sizes at one time when knitting provided people with an income.  These boards have thumbs, but I have heard of people using blunt kitchen knives. 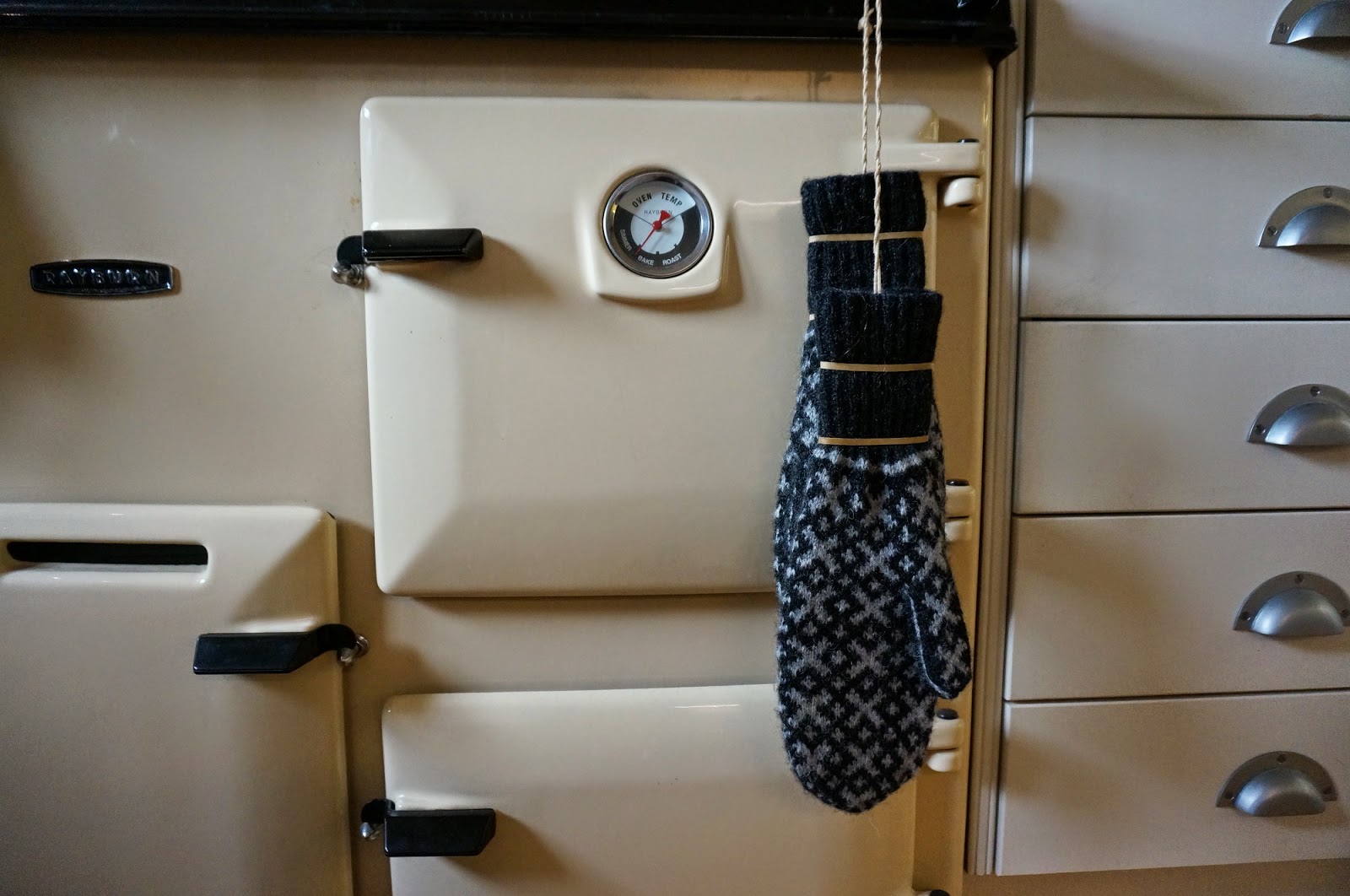 I soaked the mittens in water with a mild detergent for woollens for about twenty minutes then put the boards inside, flattening out any stitches that were uneven.  Shetland wool almost fluffs up and becomes more fuzzy when it's washed, helping patterns to blend together.  To keep the cuffs tight around the mitten I used two elastic bands, I could have sewn a thread into the cuff and pulled it tight but the bands were much quicker and easier. 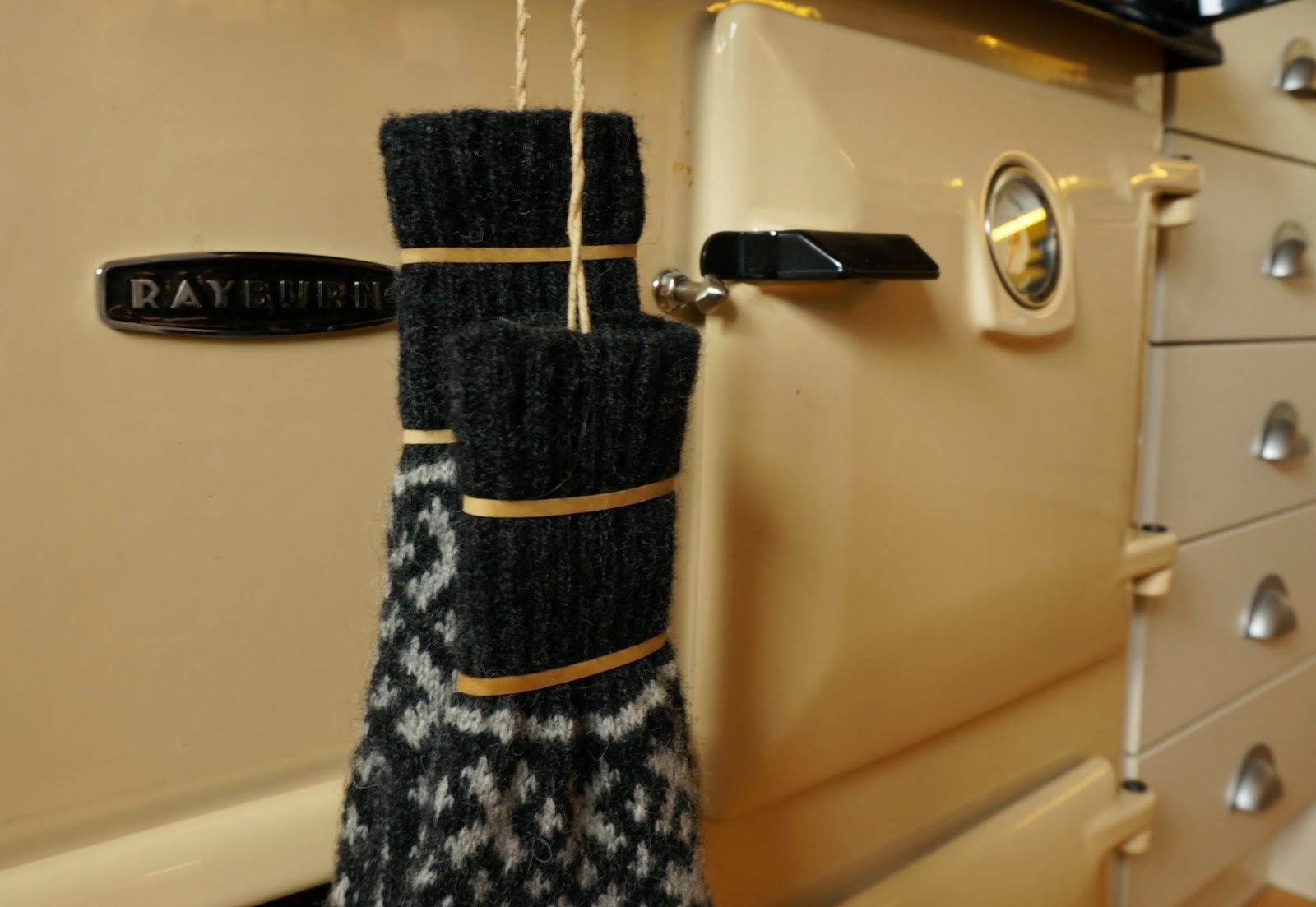 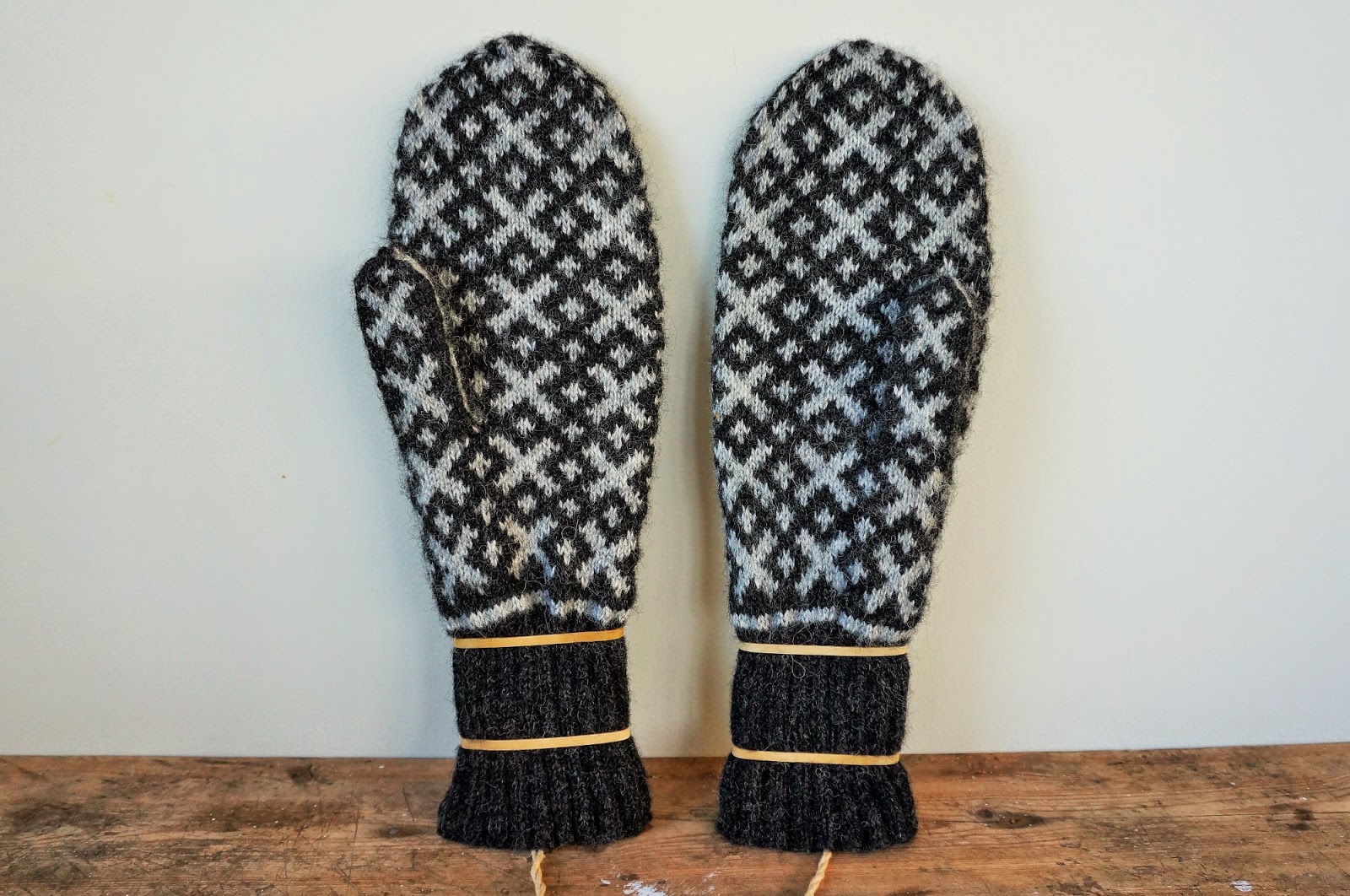 Once they were dry I removed the mittens from the boards. Where the elastic bands had been had left some marks, a quick steam over the spout of the kettle sorted that out.  This is an ideal way of pulling in Shetland wool ribs that have been stretched during the dressing process. By holding the cuff over the steam for a few seconds, I could almost see the stitches flatten and shrink and then the cuff could be pulled into shape.  Garments often benefit from this if they have been work a lot and have started to stretch out of shape. 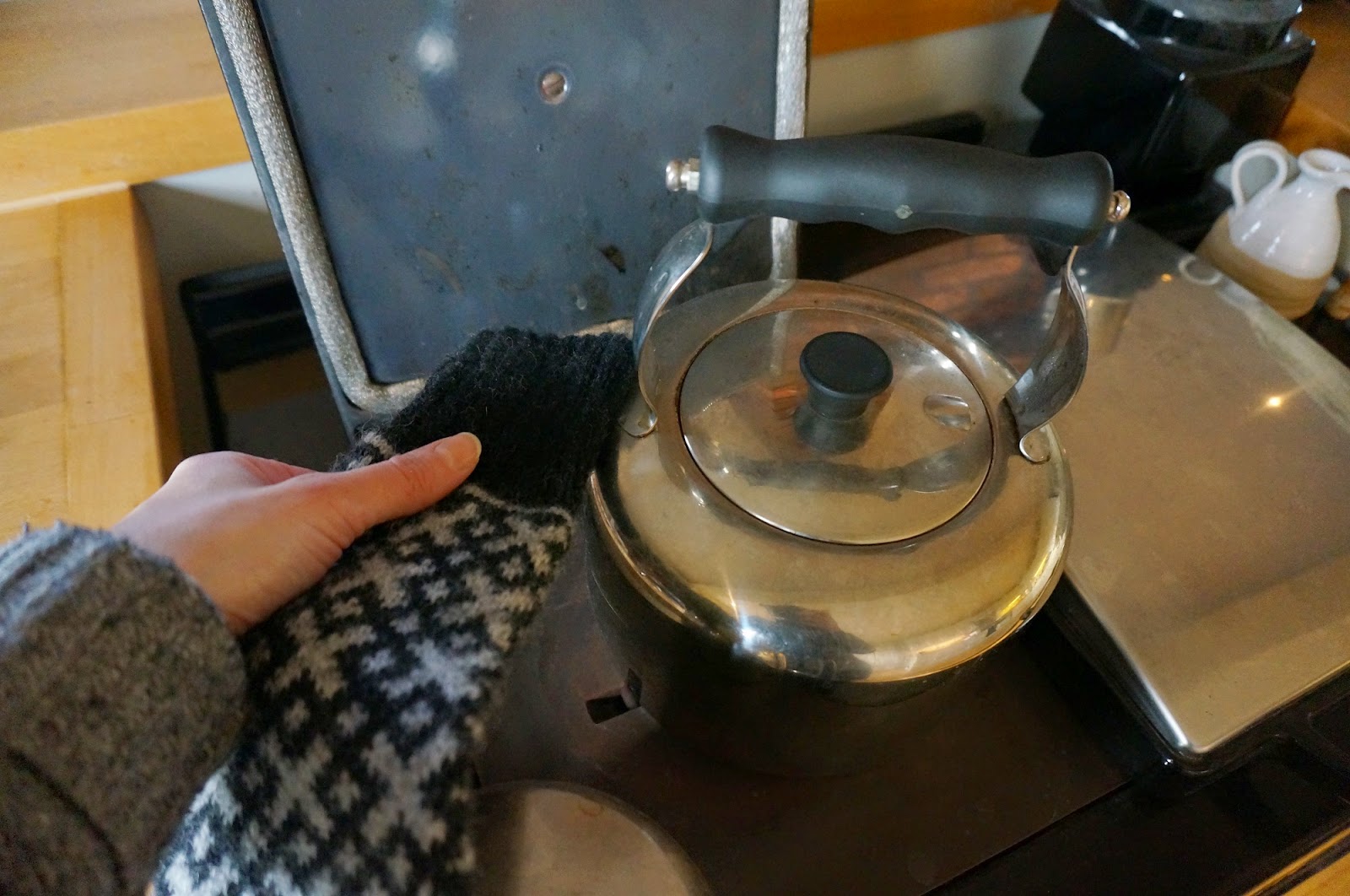 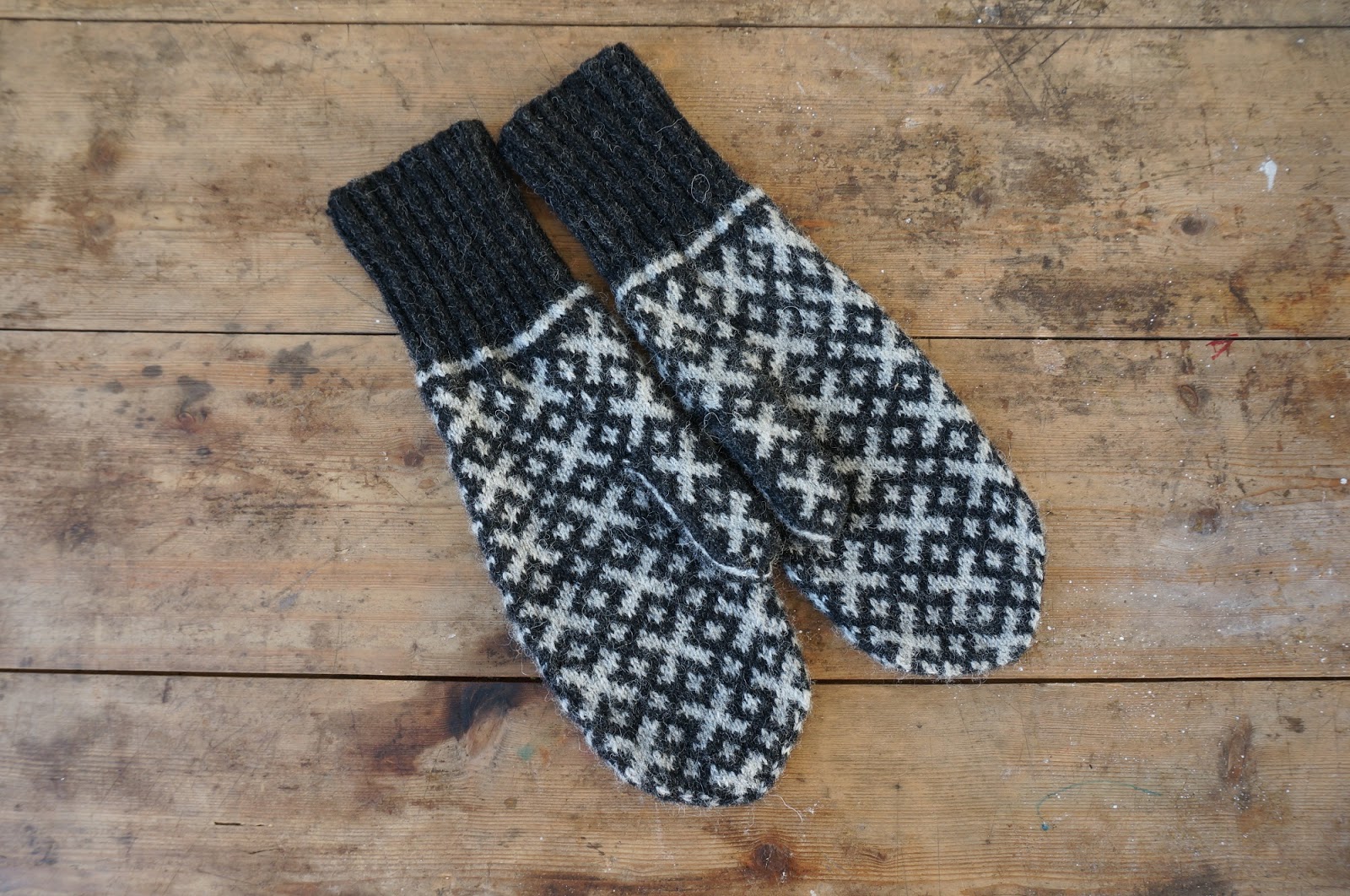 These are some of my collection of wooden mitten and glove boards, it is lovely to think they have been used to dress many many things in the past, and they are beautiful objects in their own right. 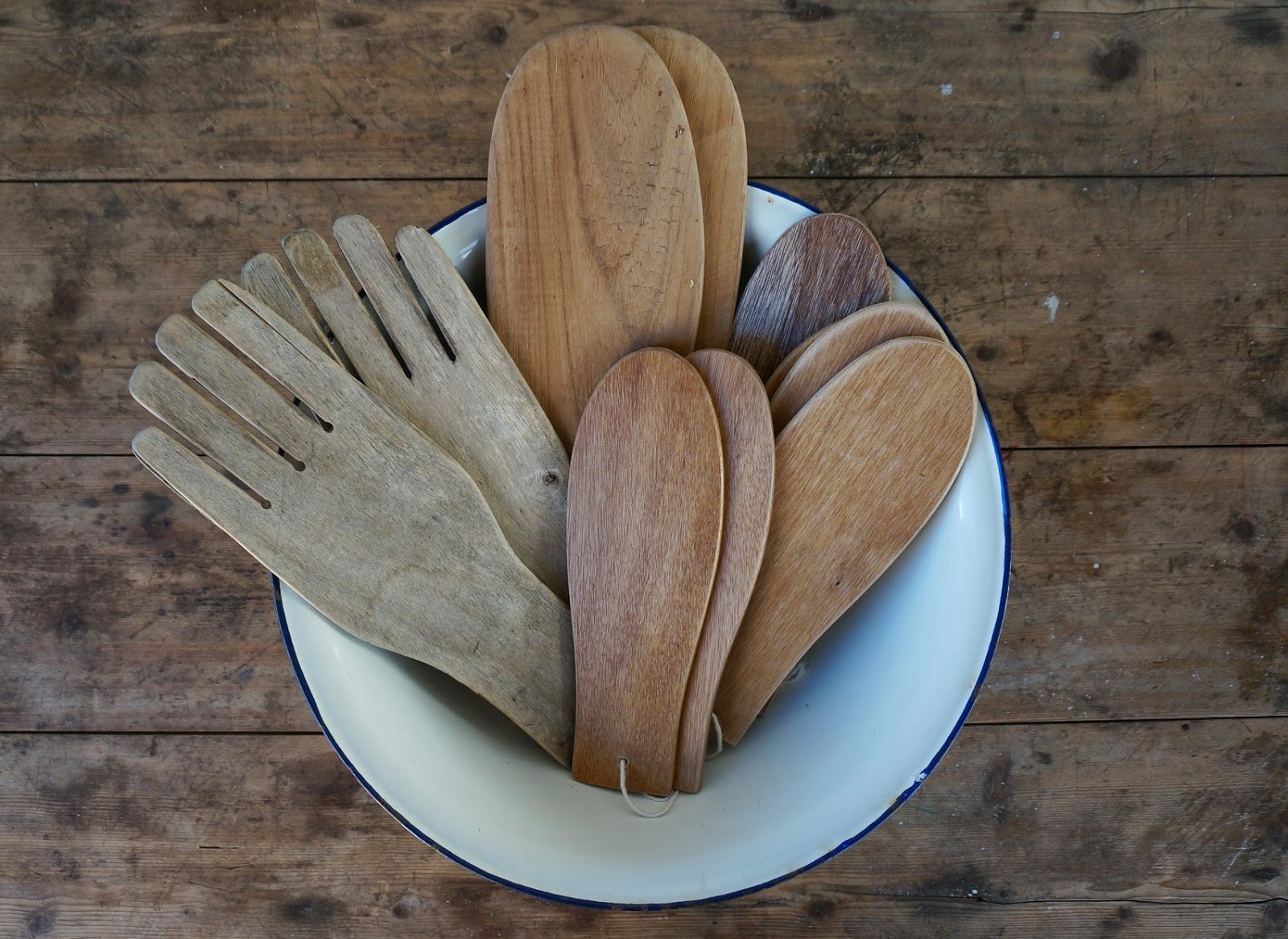 I will speak about dressing the Polar tam next time.
But for now have a good weekend!
Posted by Donna Smith at 03:47