I tend to find I sew more in the summer and knit more in the winter.  I have of course been knitting a little bit but certainly not as much as I would like.  In the summer evenings, if I get a chance, I like to sit in the conservatory listening to the radio and watching the sunset and hopefully do something creative. 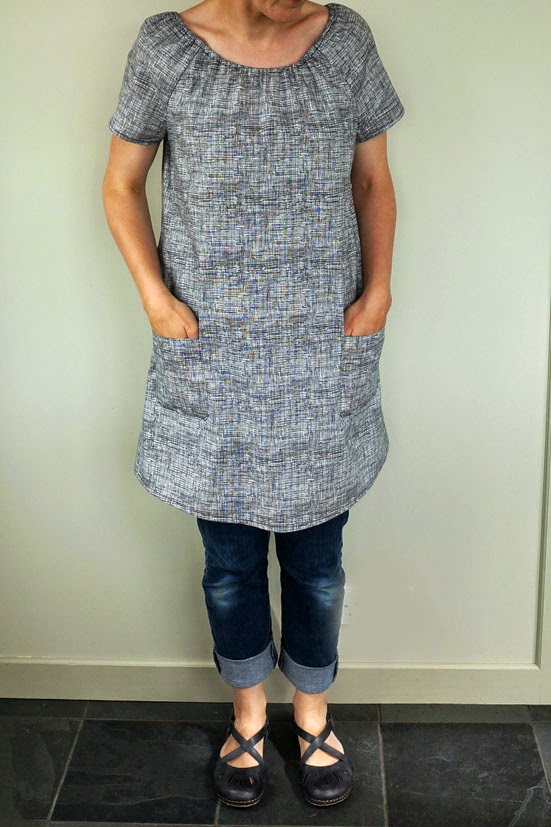 This year has been the best summer we have had for years and sometimes I find the better the weather the busier we are, out making the most of the fine weather.  One night a couple of weeks ago I had the rare chance of several hours in the evening to myself, several late nights and days spent running around meant Peerie Breeks fell asleep usually early so I managed to cut out and sew this top/tunic.
I had bought the fabric at the end of last summer when I was on a sewing roll but it must have been just as the weather changed as it got packed away until this year.  The pattern is Simplicity 3835 which I think is now out of print, but I managed to track it down on a US site last year and I am glad I did. 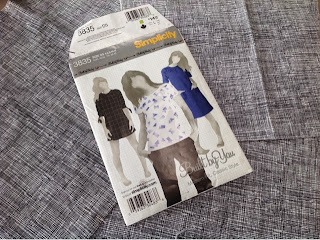 I originally planned to make a top but I feel more comfortable in a tunic, I didn't have enough fabric to make the tunic in the pattern but I did if I added the bottom of the tunic to the top.  As there are no openings in this version (which I like) I quickly made up version from some calico I had previously used as curtains somewhere to check I could get it on and off before I took the scissors to the actual fabric. 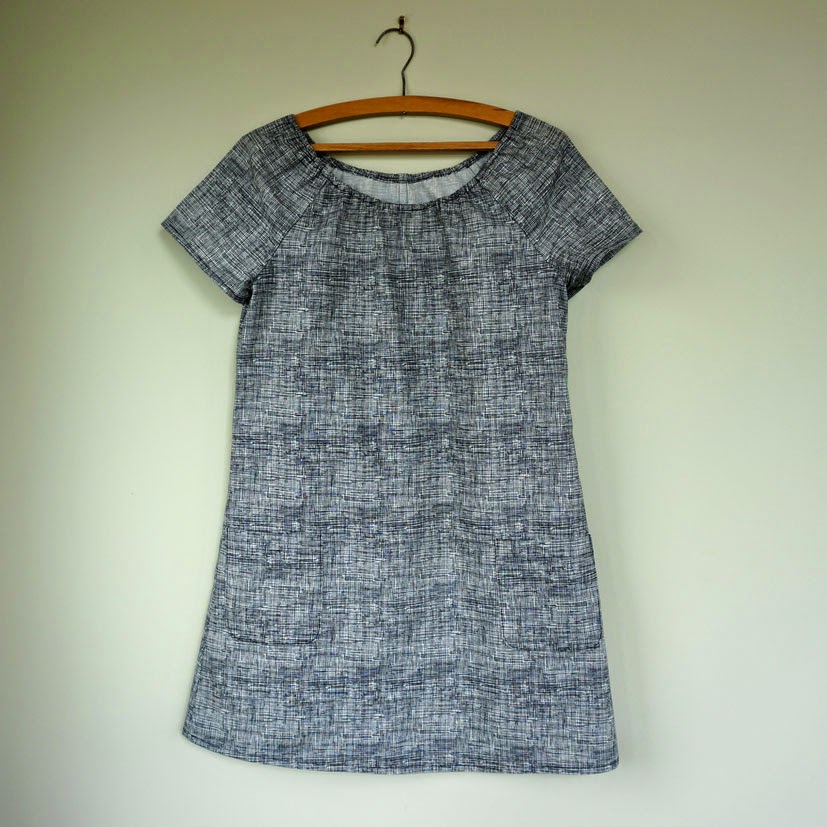 I wasn't sure what I would think of elastic around the neck but I like it.  The armholes were supposed to be finished with elastic too but I just made an ordinary hem. 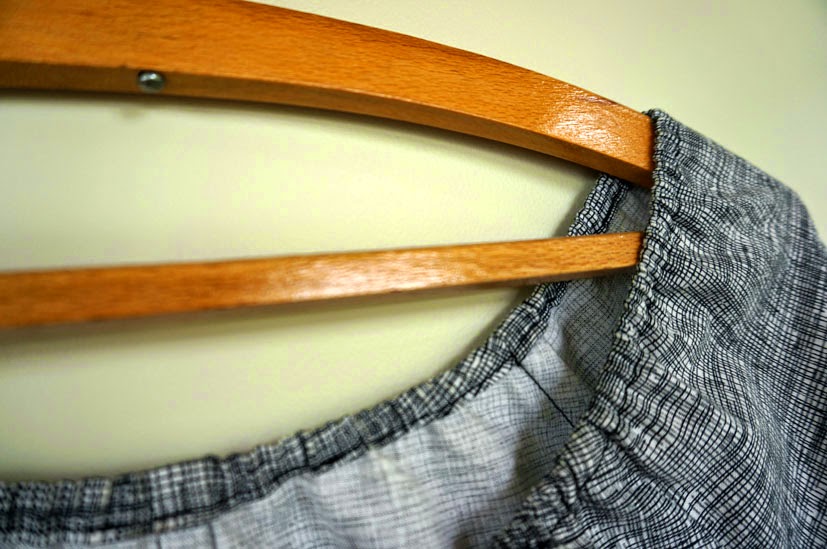 I used French seams which helps to give a super neat finish to the garment. 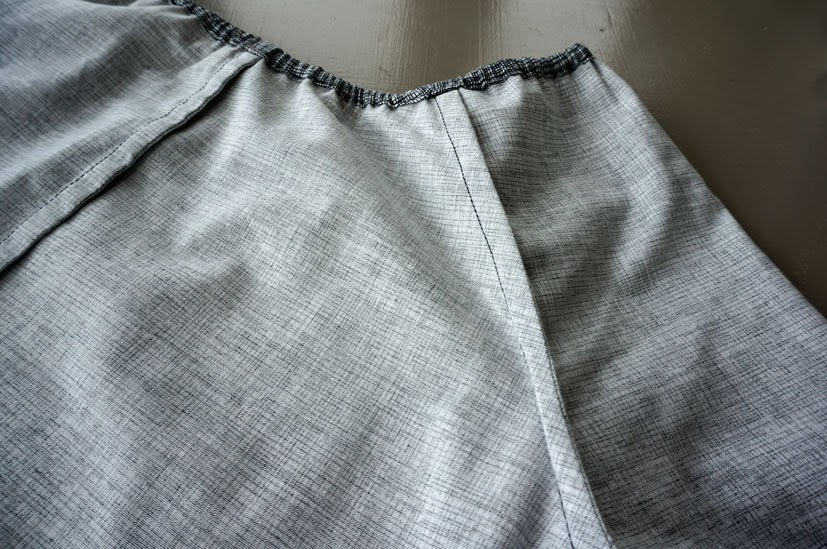 It has handy pockets too. 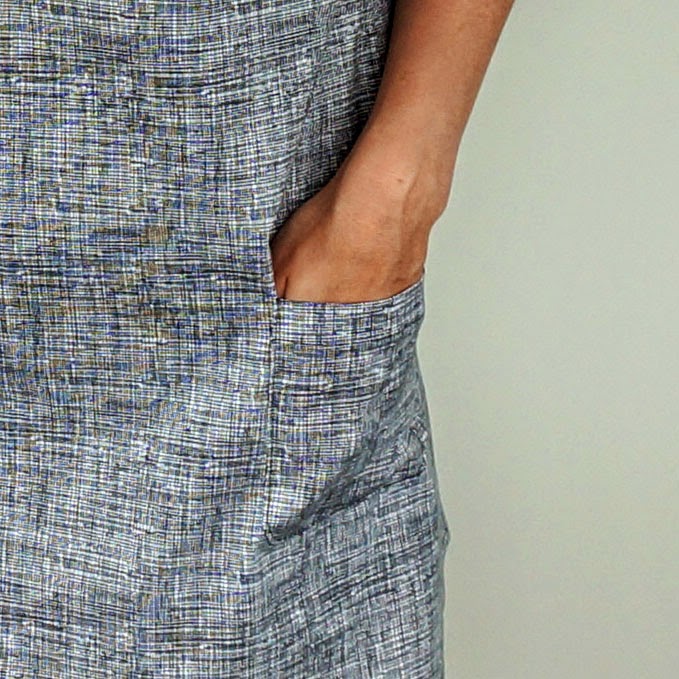 Overall, I am very happy with the finished garment, I have worn and washed it several times now and it behaves very well.  I finished the tunic in about 4 hours and added the pockets the next evening so it is a fairly quick project (if you can get peace!) In fact I have just bought more fabric for another and am in the process of sewing another two dress / tunics.  I just need to keep up the momentum before the light changes too much and I can get the good of short sleeves! 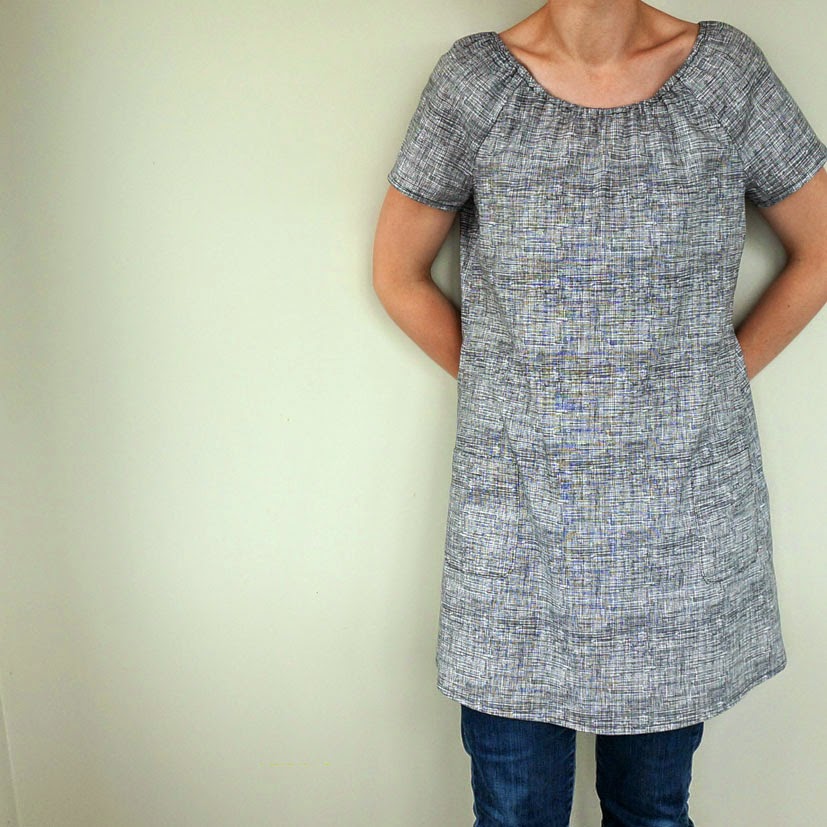 Some of the other things we have been up to are trips to the beach.. 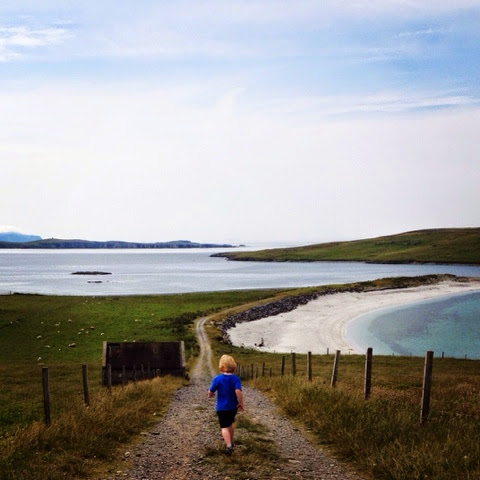 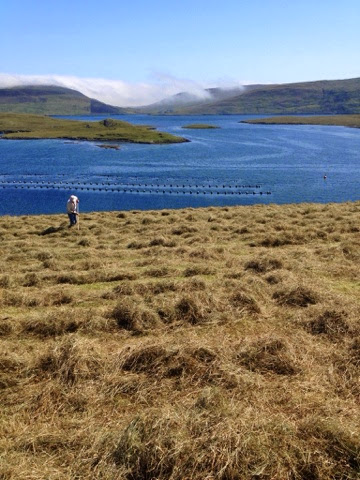 We do it the old fashioned way by putting into the byre using the 60 year old tractor... 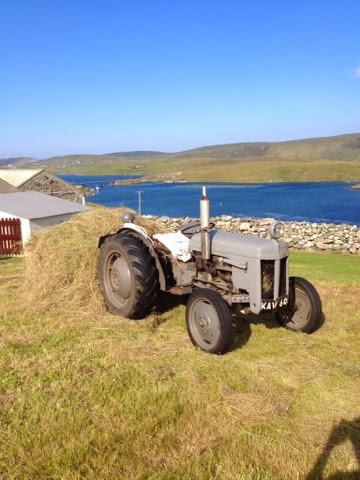 I don't have a lot of produce this year but there is always lots of rhubarb, this is a delicious rhubarb chutney using the recipe found on the Taste of Shetland blog.  You will find other recipes and interesting articles there and it is well worth a visit.... 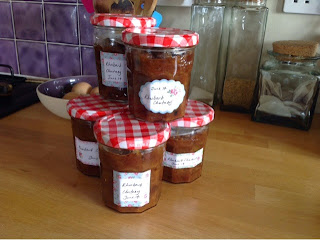 And - I had my first go at clipping sheep, I certainly won't win any prizes for speed but I think they were quite neatly trimmed! 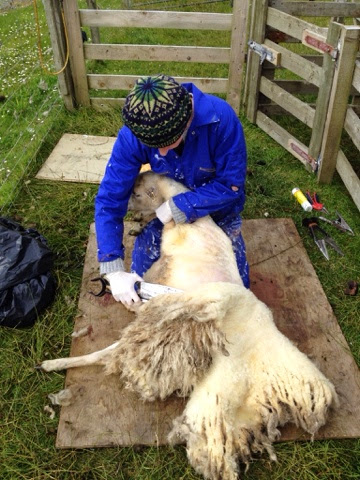 New sandals - Shetland isn't known for its warm temperatures, so I do hope I get a few more weeks to wear my new sandals (I got a bit carried away and bought two pairs). 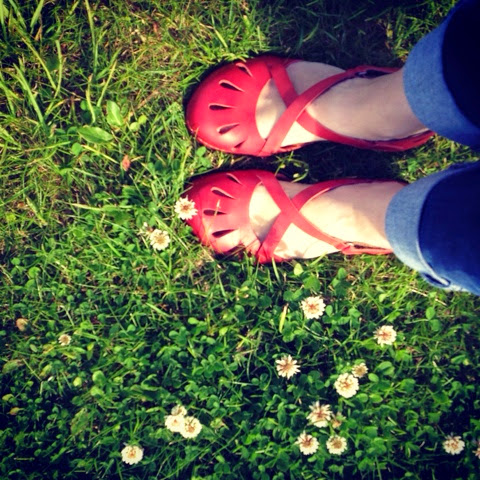 You can see the some more pictures from the summer at Instagram - I am Donna Smith Designs over there.

I am off to Edinburgh for the weekend so hoping for some shopping, lots of coffee drinking and a chance to wear the sandals!